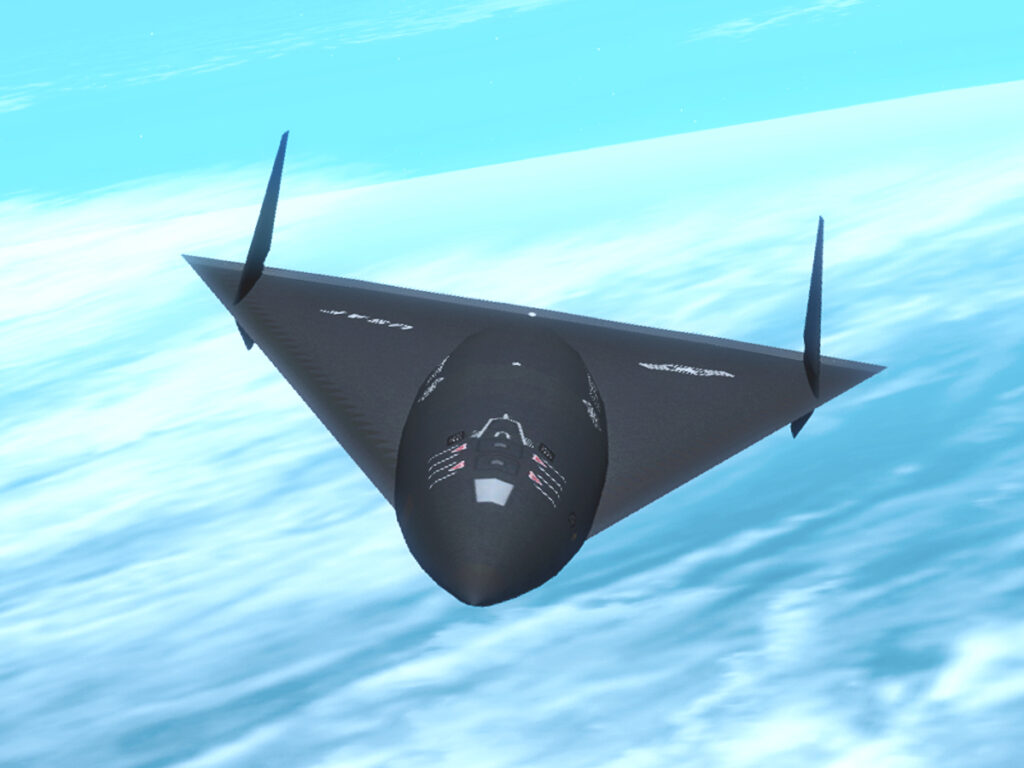 The Senior Citizen Program – “The Aurora”

Aurora was a rumored mid-1980s American reconnaissance aircraft. There is no substantial evidence that it was ever built or flown and it has been termed a myth.

The U.S. government has consistently denied such an aircraft was ever built. Aviation and space reference site Aerospaceweb.org concluded, “The evidence supporting the Aurora is circumstantial or pure conjecture, there is little reason to contradict the government’s position.”

Others come to different conclusions.

In 2006, veteran black project watcher and aviation writer Bill Sweetman said, “Does Aurora exist? Years of pursuit have led me to believe that, yes, Aurora is most likely in active development, spurred on by recent advances that have allowed technology to catch up with the ambition that launched the program a generation ago.”

Throughout my years running The Black Vault, I have seen and heard about the connection between the program name SENIOR CITIZEN, and it’s association with the rumored Aurora Program. However, it has been a struggle getting information about this.

Below are documents related to the Aurora, as released under the Freedom of Information Act.

Based on the above program element numbers, I filed FOIA requests for information relating to it. I filed to the Air Force, and the OSD/JS in hopes someone may shed light on what the program element was.

OSD/JS just forwarded my request to the Air Force, and the Air Force denied having any records on it.  It doesn’t make sense, so I appealed based on the document above, listing specifically the SENIOR CITIZEN Program Element (PE) number.

My appeal was denied as well.

Like the Senior Citizen program element above, this also received a “no records” response. What happened to ANY information regarding these program elements?

Aurora – The Senior Citizen Program – The program was given the “GLOMAR RESPONSE” by the USAF in 1997. The letter is below: 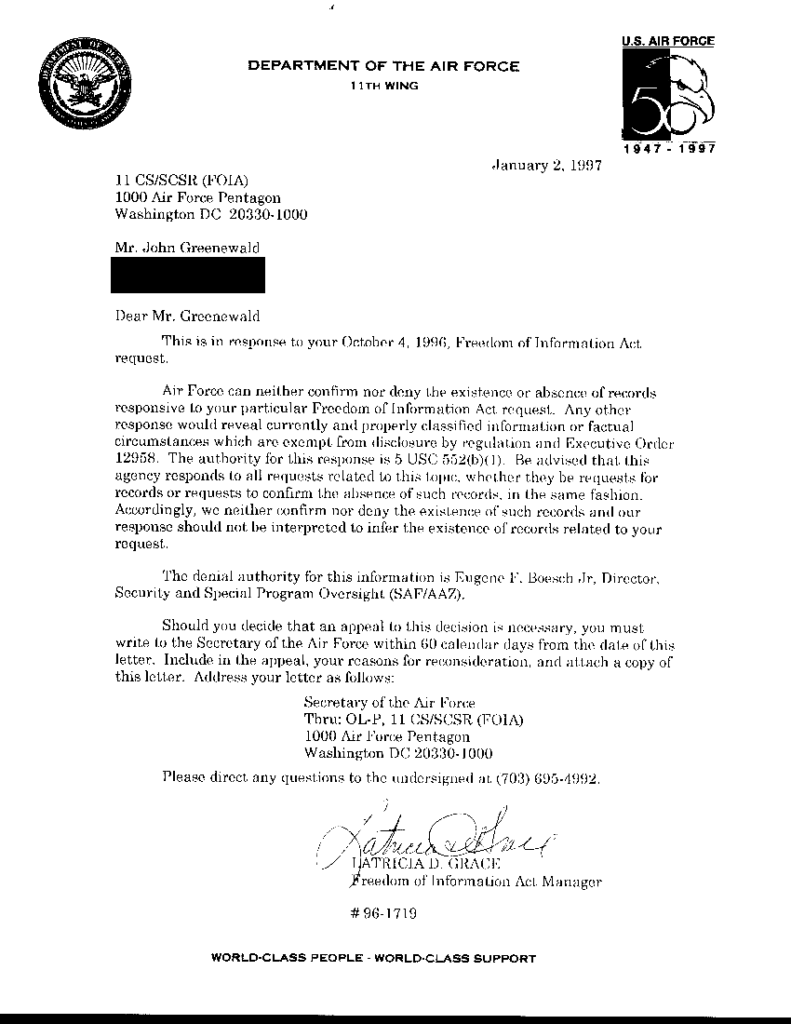