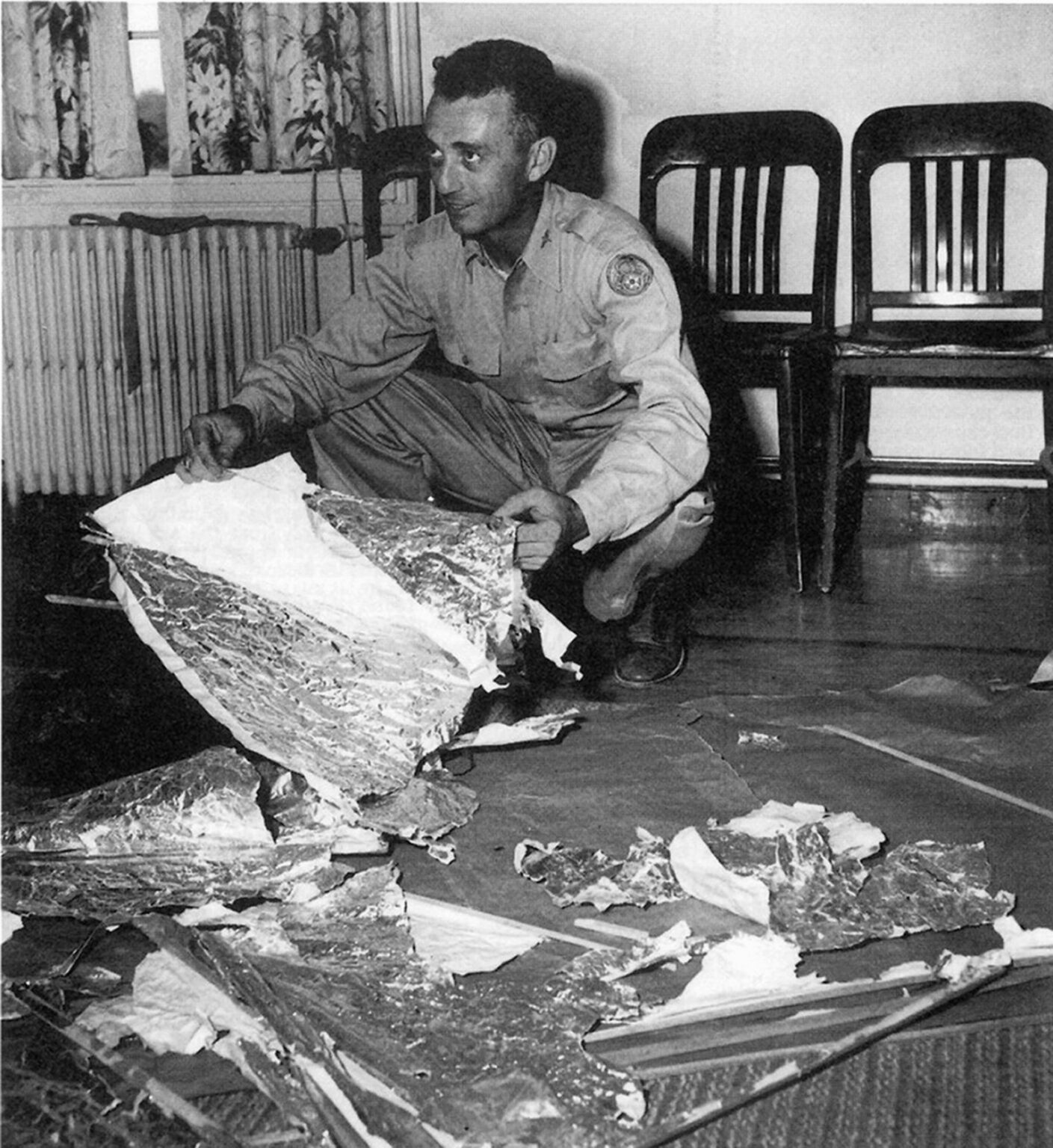 The Roswell UFO Incident involved the recovery of materials near Roswell, New Mexico, USA, on July 7, 1947, and since the early 1980s has become the subject of intense speculation, rumor and questioning. There are widely divergent views on what actually happened and passionate debate about what evidence can be believed. The United States military maintains that what was actually recovered was debris from an experimental high-altitude surveillance balloon belonging to a classified program named “Mogul.” Many UFO proponents maintain that a crashed alien craft and bodies were recovered, and that the military engaged in a cover-up. The incident has turned into a widely known pop culture phenomenon, and for some, Roswell is synonymous with UFOs. It ranks as one of the most publicised and controversial UFO incidents ever.

GAO Roswell Report – Results of a Search for Records Concerning the 1947 Crash Near Roswell, New Mexico – Pursuant to a congressional request, GAO provided information on the 1947 weather balloon crash at Roswell Air Field, New Mexico, focusing on: (1) the requirements for reporting air accidents similar to the Roswell crash; and (2) any government records concerning the Roswell crash.

The Roswell Report: Case Closed [245 Pages, 12.5 MB] – In July 1994, the Office of the Secretary of the Air Force concluded an exhaustive search for records in response to a General Accounting Office (GAO) inquiry of an event popularly known as the “Roswell Incident.” The focus of the GAO probe, initiated at the request of a member of Congress, was to determine if the U.S. Air Force, or any other U.S. government agency, possessed information on the alleged crash and recovery of an extraterrestrial vehicle and its alien occupants near Roswell, N.M. in July 1947.

The 1994 Air Force report concluded that the predecessor to the U.S. Air Force, the U.S. Army Air Forces, recovered debris from an Army Air Forces balloon-borne research project code named MOGUL. Records located describing research carried out under the MOGUL project, most of which were never classified (and publicly available) were collected, provided to GAO, and published in one volume for ease of access for the general public.

This report discusses the results of this exhaustive research and identifies the likely sources of the claims of “alien bodies” at Roswell. Contrary to allegations, many of the accounts appear to be descriptions of unclassified and widely publicized Air Force scientific achievements. Other descriptions of “bodies” appear to be actual incidents in which Air Force members were killed or injured in the line of duty.

The Roswell Report: Fact versus Fiction in the New Mexico Desert – Abstract : This report represents an effort to address the request made by Representative Steven H. Schiff (R-NM) for information regarding an alleged crash of an unidentified flying object (UFO) that occurred in the state in 1947. This publication duplicates the information provided to the Secretary of the Air Force and to the General Accounting Office (GAO). It was written as a result of Colonel Weaver’s and Lieutenant McAndrew’s efforts to locate the records that explain the events of July 1947 leading to what is popularly known as the Roswell Incident. The only information presented here that was not in the report delivered to the Secretary of the Air Force and the GAO is the photograph section. It appears after Colonel Weaver’s final attachment, at the very end of this book. The importance of attachment 32, Lieutenant McAndrew’s synopsis, derives from his description of Project MOGUL, the top-priority classified project of balloon-borne experiments, which provides the explanation for the “Roswell Incident.” Interest abounds surrounding the UFO wave of 1947 which began in the spring and did not dissipate until fall. Interest in UFOs climaxed during the summer, when multiple sightings of such objects occurred.