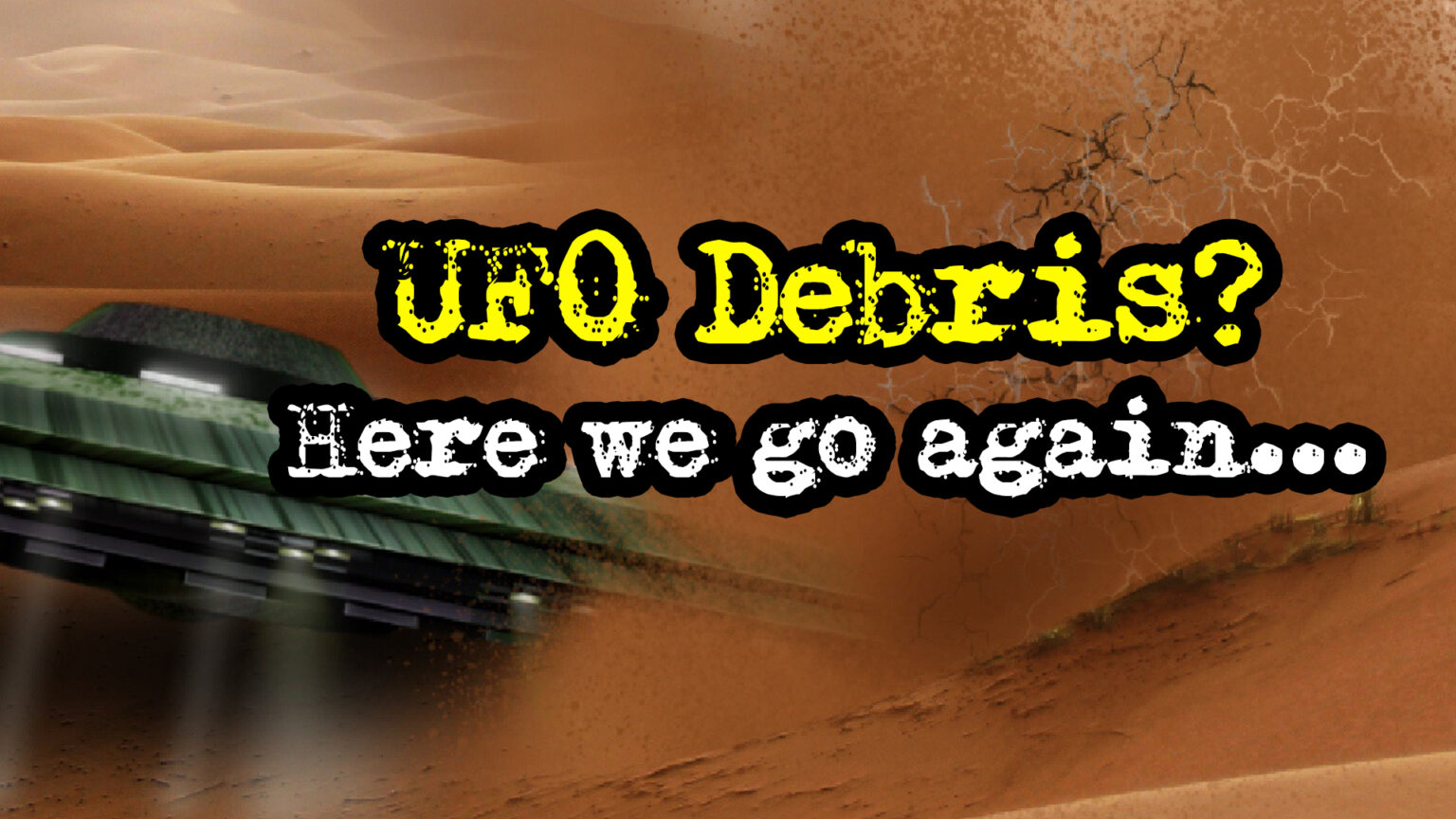 The REAL Story Behind the FOIA Request and UFO Debris Story – February 9, 2021

So frustrating to have to do a video like this, but as traction grows today on various social media platforms about a story that just surfaced rooted with a FOIA request response – I felt a video was in order.

Wild sensationalized headlines and misinterpreted FOIA results has all landed a new UFO story that is, well, just not accurate. Although at the recording of this, mainstream media coverage has not commenced, the blog in question has found itself posted throughout multiple social networks such as Reddit, Facebook, and Twitter; all resulting in many questions.

This is addressing the rumor, while adding a few more tidbits about AAWSAP that you may not be aware of.

The following was posted on YouTube. In the interest of fairness, I tweeted out his response and wanted to also publish it here. What follows is my response back.

This is Anthony Bragalia. I wished that you had let me know that you were going to do a video critique of my article. I would have been able to respond point by point.

You are misleading viewers by having them believe that the DIA was responding to anything other than a very specific, unambiguous request for test results on UAP/UFO material held by Bigelow Aerospace. The reply from the DIA was to provide to me “advanced technical reports” on extraordinary materials. No matter what you are implying, it remains that the context in which I received the documents was in direct response to requests for information derived from recovered UFO debris and the testing of potentially extraterrestrial material. You naively assume that such technical reports would actually reference aliens, Roswell, etc. It does not work that way and your thinking that these technical reports would discuss such things in such a way shows that you do not have a true grasp of materials science and engineering studies.

My request for documents were for the Advanced Aerospace Threat Identification Program (AATIP). But there is deliberate obfuscation and purposeful confusion coming from the DIA. The program operated earlier under another name, Advanced Aerospace Weapons Systems Applications program (AAWSA), and the documents are stamped with this program name rather than AATIP. This allows the DIA to claim the studies relate to an advanced military weapons program for defense rather than to an aero-program identifying possible threats from outer space and the associated retrieval of flying saucer material. I have contacted two of the scientist authors and what they say will be reported on in a future article. This was not a “mistake” on the part of the DIA to provide me with reports on advanced defense aerospace materials instead of UAP materials.

Shortly after, I responded to the above.

Actually, I did not feel a need to contact you. You published your FOIA request and the FOIA response, in full. That is all that is needed.

I specifically addressed your FOIA, and the fact that your line item #5 likely triggered them to have the 5 responsive documents they did. Nothing else. I’ve worked with the DIA through FOIA for nearly 25 years, and have learned how they respond to requests, which echoes that of many FOIA offices. The reports were close to your item #5, and given they were UNCLASS/FOUO, they released them to address your line item. For you to imply that any of that is connected to UAP debris, is misleading at best.

In addition, there are many things in your article I did not address, as a courtesy that I wasn’t out to attack you. Rather, to address the FOIA material. However, for you to have an entire section about how reports had been released before, and how you were confused on why they would redact the names, yet again is misleading and factually incorrect. You fail to inform your readers those were unauthorized LEAKS of FOUO material. They were never officially released, so your entire section with your accusations is also wrong there. I left that out, as again, I am not trying to pick apart your entire article.

Plain and simple, not a single page of your release has anything to do with UAPs or UFOs or Aliens or Fairies. They coincide with what AAWSAP was about, and to have a headline, with the content, such as yours – is entirely misleading and does this field zero favors.

There are other factual errors in your article, which I would recommend you vet again. I am not here to attack you, but rather, put the FOIA documents into proper context. I am sorry to say, your article, did not. You had a solid story with what you got, but tainted the importance as it’s now overshadowed by speculation and false claims. That’s not my opinion, but rather, a fact that the documents you show do not validate a single claim of your UFO crash debris and analysis result claims.

I stand by my video…