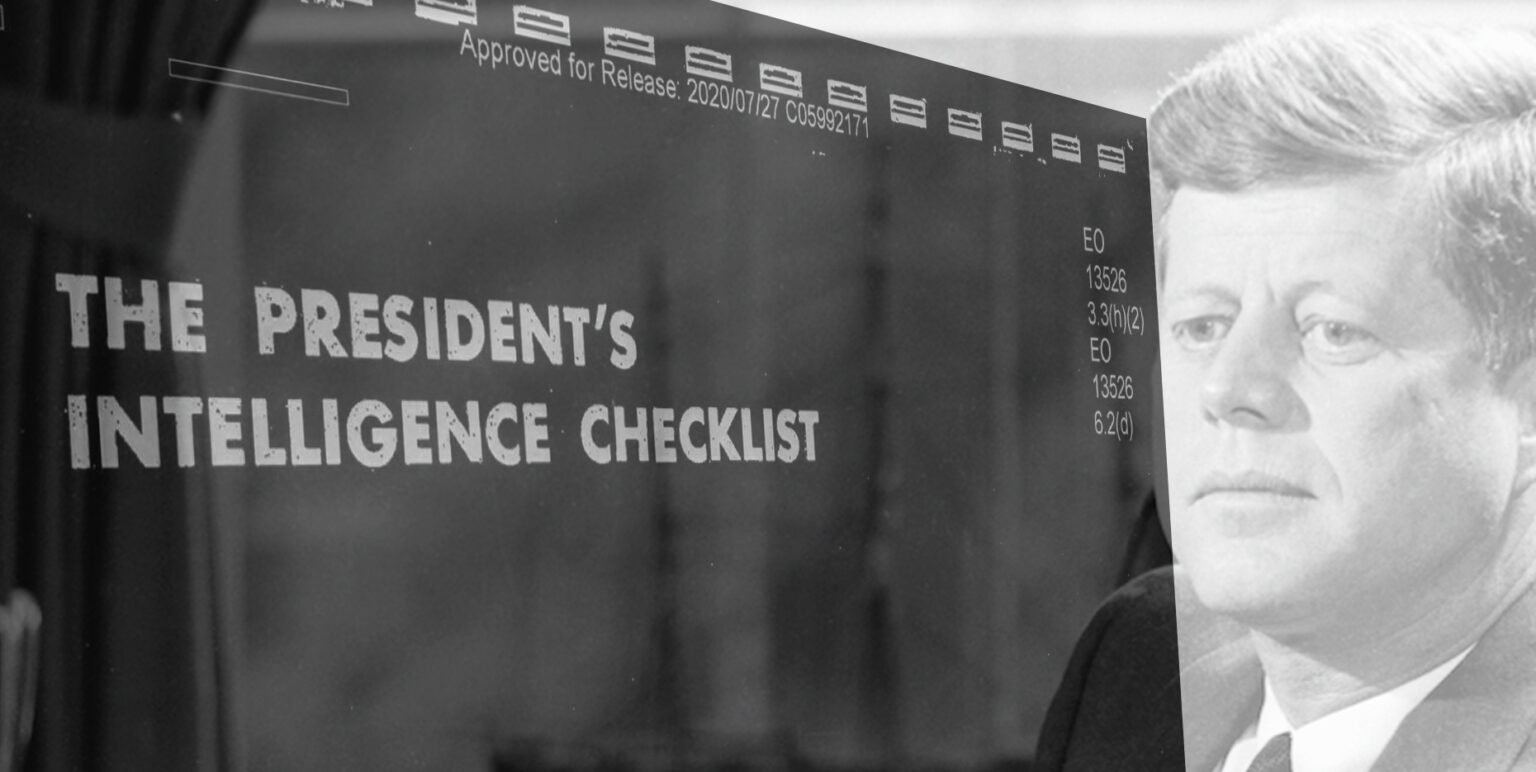 The following is the “President’s Intelligence Checklist” for February 1, 1962.

Although previously released, The Black Vault filed a Mandatory Declassification Review request for it to be re-reviewed, and redactions lifted. Only one line was newly released, but it serves as an example that this was not a waste. The revealed line shows a document that can be sought after via FOIA.