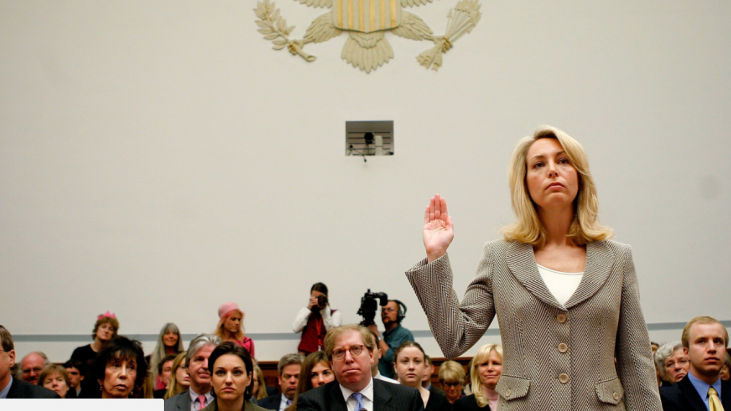 The Plame Affair: The Leak of Valerie Plame’s Identity

The Plame affair (also known as the CIA leak scandal and Plamegate) was a political scandal that revolved around journalist Robert Novak’s public identification of Valerie Plame as a covert Central Intelligence Agency officer in 2003.

In 2002, Plame wrote a memo to her superiors in which she expressed hesitation in recommending her husband, former diplomat Joseph C. Wilson, to the CIA for a mission to Niger to investigate claims that Iraq had arranged to purchase and import uranium from the country, but stated that he “may be in a position to assist”. After President George W. Bush stated that “Saddam Hussein recently sought significant quantities of uranium from Africa” during the run-up to the 2003 invasion of Iraq, Wilson published a July 2003 op-ed in The New York Times stating his doubts during the mission that any such transaction with Iraq had taken place.

A week after Wilson’s op-ed was published, Novak published a column which mentioned claims from “two senior administration officials” that Plame had been the one to suggest sending her husband. Novak had learned of Plame’s employment, which was classified information, from State Department official Richard Armitage. David Corn and others suggested that Armitage and other officials had leaked the information as political retribution for Wilson’s article.

The scandal led to a criminal investigation; no one was charged for the leak itself. Scooter Libby was convicted of lying to investigators. His prison sentence was ultimately commuted by President Bush, and he was pardoned by President Trump in 2018.

Below, you will find related documents that have been released regarding the Plame Affair.