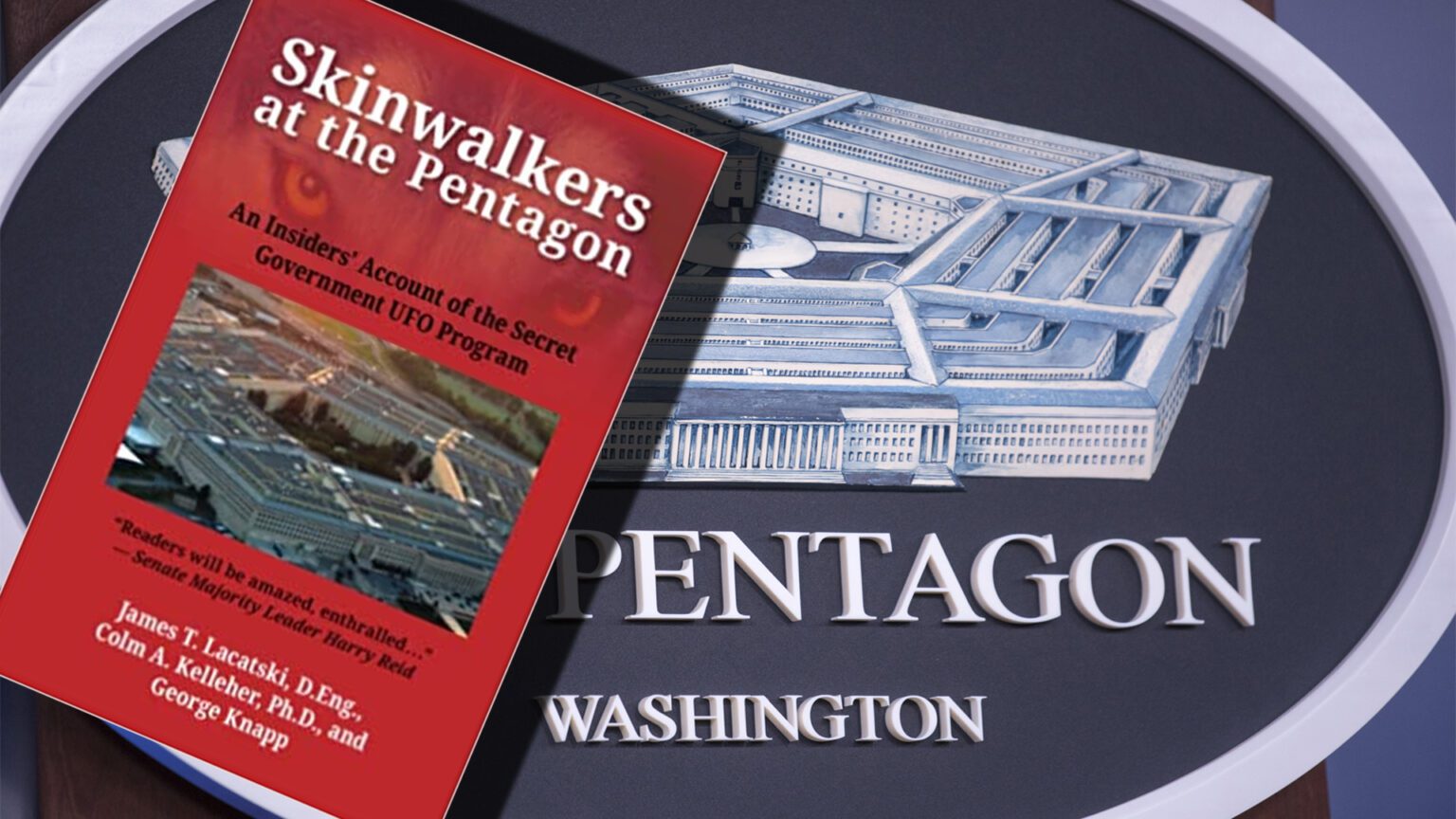 Note: This began as a tweet thread that became considerably large. It was decided to write it here for those outside of social media, as well. This is an informally written article, and only meant to convey the Pentagon’s ultimate stance on the release of Skinwalkers at the Pentagon.

I was contemplating on what, if anything, I could write about this issue, but since many of you have asked on social media, I’ll just bring it to you.

Obviously, my video critiquing the numerous contradictions about AAWSAP/AATIP has gotten quite a bit of reaction. Some loved the overview. Some hated the overview. Others are sick of the topic all together!

However, my critique was of the overall contradictions, and for anyone who watched the video, should know I did not side with any one person or stance. I simply presented, with attributable quotes, information that spans the past few years.

I pulled stuff from Luis Elizondo, George Knapp, the Pentagon, multiple government agencies, the Skinwalkers at the Pentagon book, former Senator Harry Reid and others.

I endorsed no side.

After I purchased the book and went through the information, I wrote to Susan Gough, Pentagon spokesperson who deals with these UAP/UFO/AATIP/AAWSAP/Elizondo issues. She was well aware of the book. I asked an overall question on how at least one new voice, who came from the Defense Intelligence Agency (DIA) may change the Pentagon’s stance on what AAWSAP and AATIP were all about.

After weeks of waiting, I received the following from her.

tl;dr: The Pentagon is not changing their stance on AAWSAP/AATIP beyond what has been said already.

The longer of it is she noted the following disclaimers on the inside first page:

“The views expressed in this publication are those of the authors and do not necessarily reflect the official policy or position of the Department of Defense or the U.S. Government.”

and also she pointed out the book stating:

She then finished off her attributable statement with the following:

“If we have any comments or new statements on AATIP, I’ll let you know.”

The Black Vault has already filed a FOIA request regarding this DOPSR review, and records relating to it. Once those records are received, they will be posted on The Black Vault.

Although none of these statements are earth shattering, it does show that regardless of everything that has happened in the past few years; the voices that have come out; the information that has been presented; and even the DoD’s new look on UAP investigations — the Pentagon will not be altering any of their views of AATIP and AAWSAP and the fact that they were not UFO related programs (but did utilize UAP information).

To summarize what that stance is, I will reprint a full quote I received (as did others) from the Pentagon back in May of 2021:

The purpose of the Advanced Aerospace Threat Identification Program (AATIP) was to investigate foreign advanced aerospace weapon system applications, with future technology projections over the next 40 years, and to create a center of expertise for advanced aerospace technologies. The goal was to help understand the threat posed by unconventional or leap-ahead aerospace vehicles and technologies that could have national security implications for the United States.

The contract goal was to study 12 technical areas: lift, propulsion, control, armament, signatures reduction, materials, configuration, power generation, temporal translation, human effects, human interface, and technology integration.  The contractor identified and worked with academics and scientists to produce technical reports.  In developing the reports and exploring how to create a “center of expertise,” the contract allowed for research drawn from a wide variety of sources, including reports of UAPs.  However, the examination of UAP observations was not the purpose of AATIP.

The first 26 reports were completed by late 2009. The Defense Appropriations Act for FY2010 included an additional $12 million for the program, and 12 additional reports were produced. A total of 38 technical reports were delivered.  The list is below.  All of the reports are either classified or marked For Official Use Only.  Only a few have been released to the public.

After a review in late 2009, it was determined that the reports were of limited value to DIA.  The department terminated AATIP when funding for the program ended in 2012.

The UAPTF is not a continuation of AATIP.  Since the majority of reporting about UAP observations in recent years came from naval aviators, the Department of the Navy had been leading assessments of UAP incursions into DOD training ranges and designated airspace since approximately 2018.  Beginning in 2019, DOD undertook efforts to formalize the good work done by the Navy for DOD.  Former Deputy Secretary Norquist approved the establishment of the UAPTF on Aug. 4, 2020.