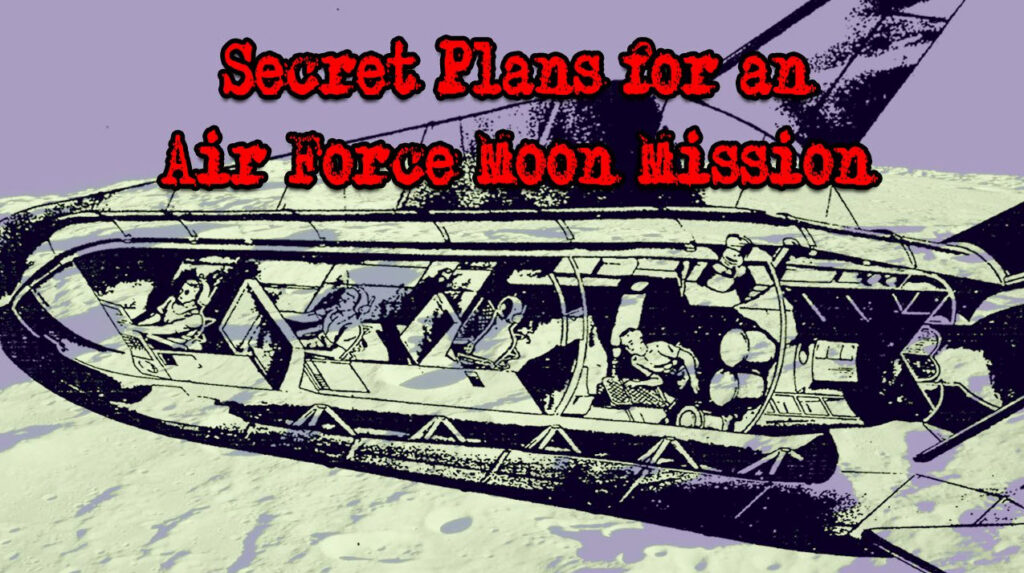 The Lunex Project was a US Air Force 1958 plan for a crewed lunar landing prior to the Apollo Program. The final lunar expedition plan in 1961 was for a 21-person underground Air Force base on the Moon by 1968 at a total cost of $7.5 billion. The primary distinction between the later Apollo missions and Lunex was the orbital rendezvous maneuver. The Lunex vehicle, composed of a landing module and a lifting body return/re-entry module, would land the entire vehicle and all astronauts on the surface, whereas the final Apollo mission involved a separate ascent module leaving the command module and service module connected in lunar orbit with a single astronaut. The original plan for Apollo was for direct ascent, similar to Lunex.