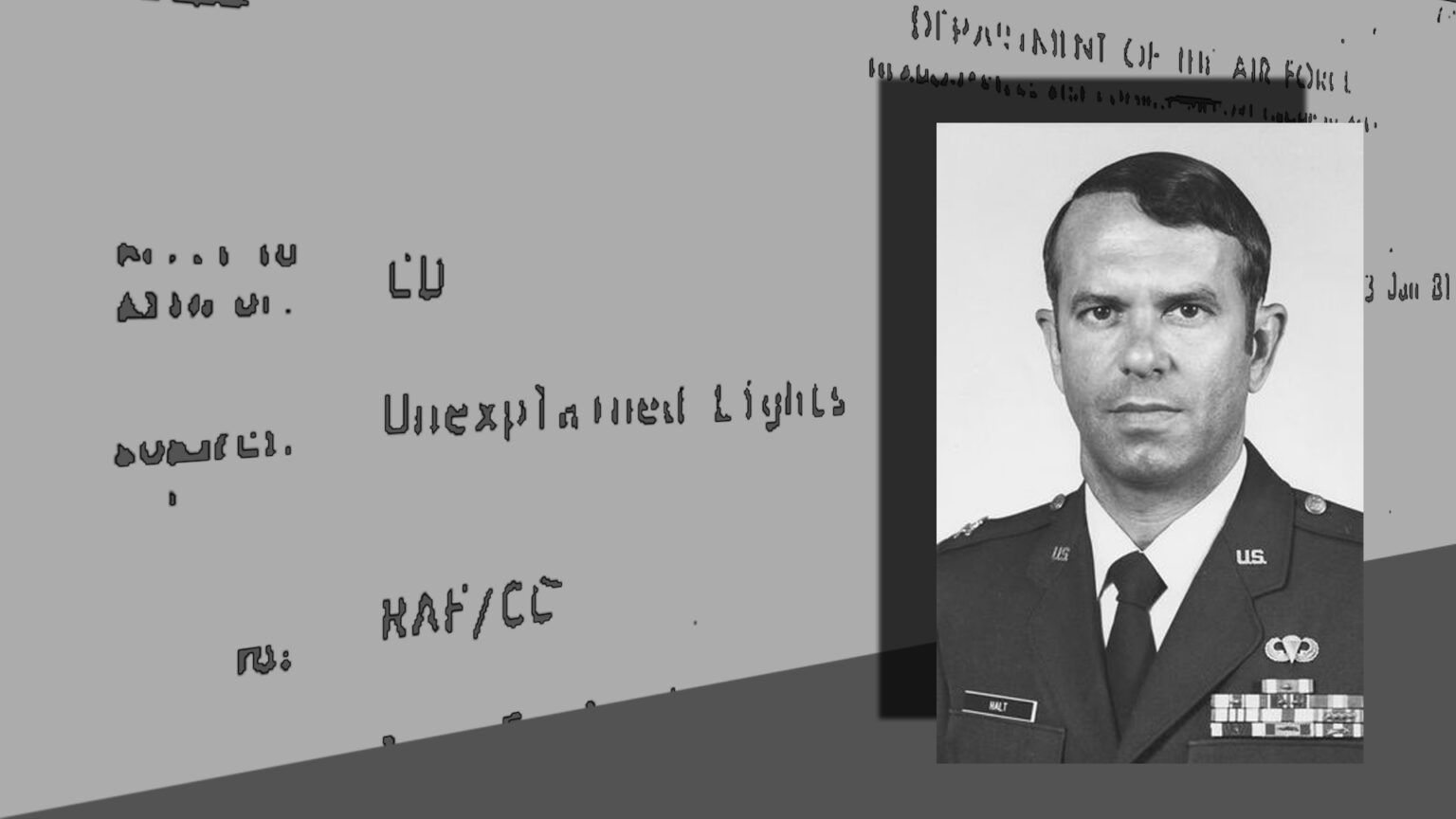 The following were documents obtained from the Office of the Assistant Secretary of Defense, Freedom of Information and Security Review Office. It was released to The Black Vault in September of 1997, through FOIA Case 97-F-1677 (though it had been released prior to other researchers for some time).

The Rendlesham Forest incident was a series of reported sightings of unexplained lights near Rendlesham Forest in Suffolk, England in late December of 1980 which became linked with claims of UFO landings. The events occurred just outside RAF Woodbridge, which was used at the time by the United States Air Force (USAF). USAF personnel, including deputy base commander Lieutenant Colonel Charles I. Halt, claimed to see things they described as a UFO sighting. (Wikipedia)

Below, you will find the infamous “Halt Memo.” This memo describes in a single page memorandum, the events that occurred.

There are many facets to this story, and witnesses who have come forward. However, this page was setup to archive the memo specifically for research purposes. 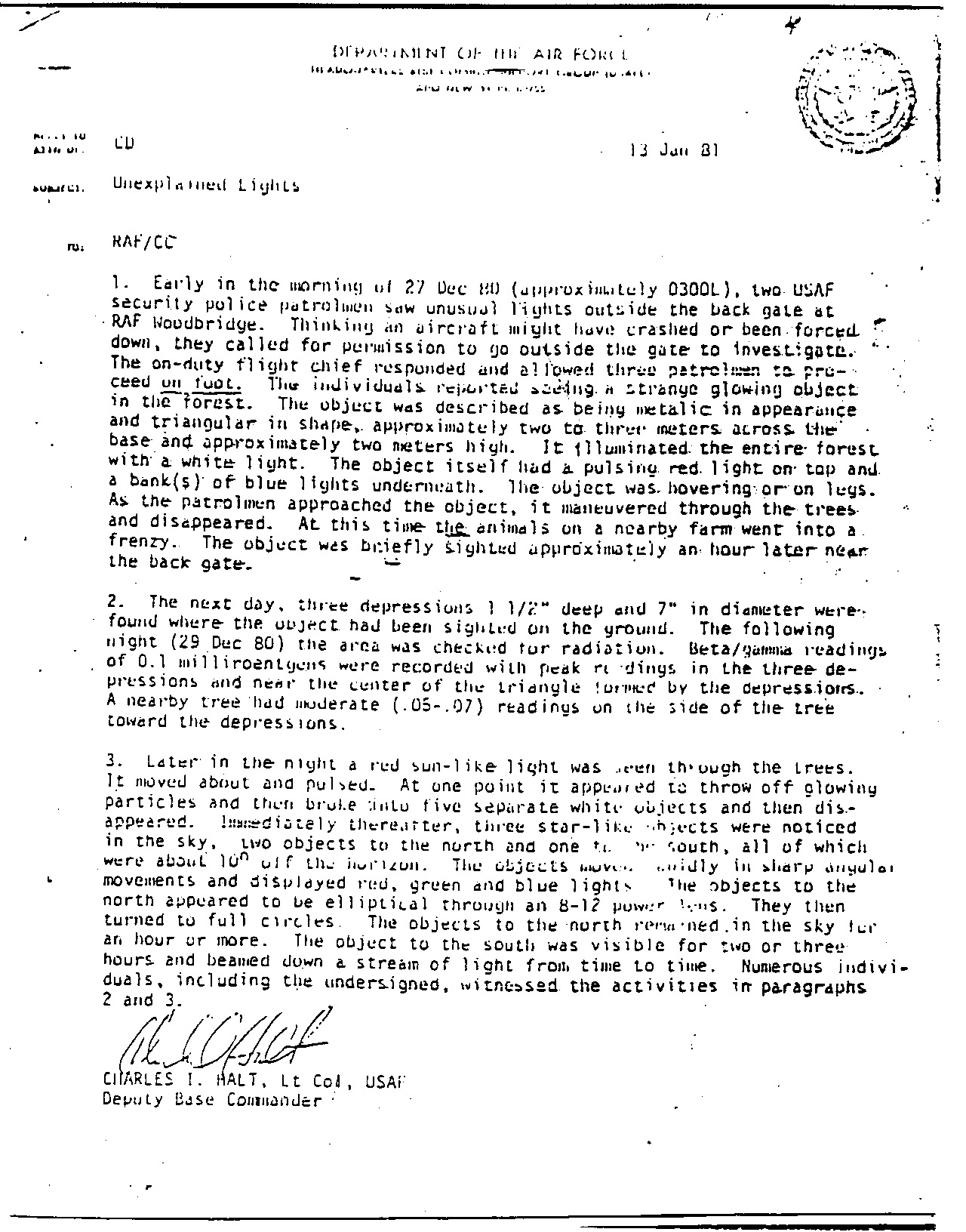