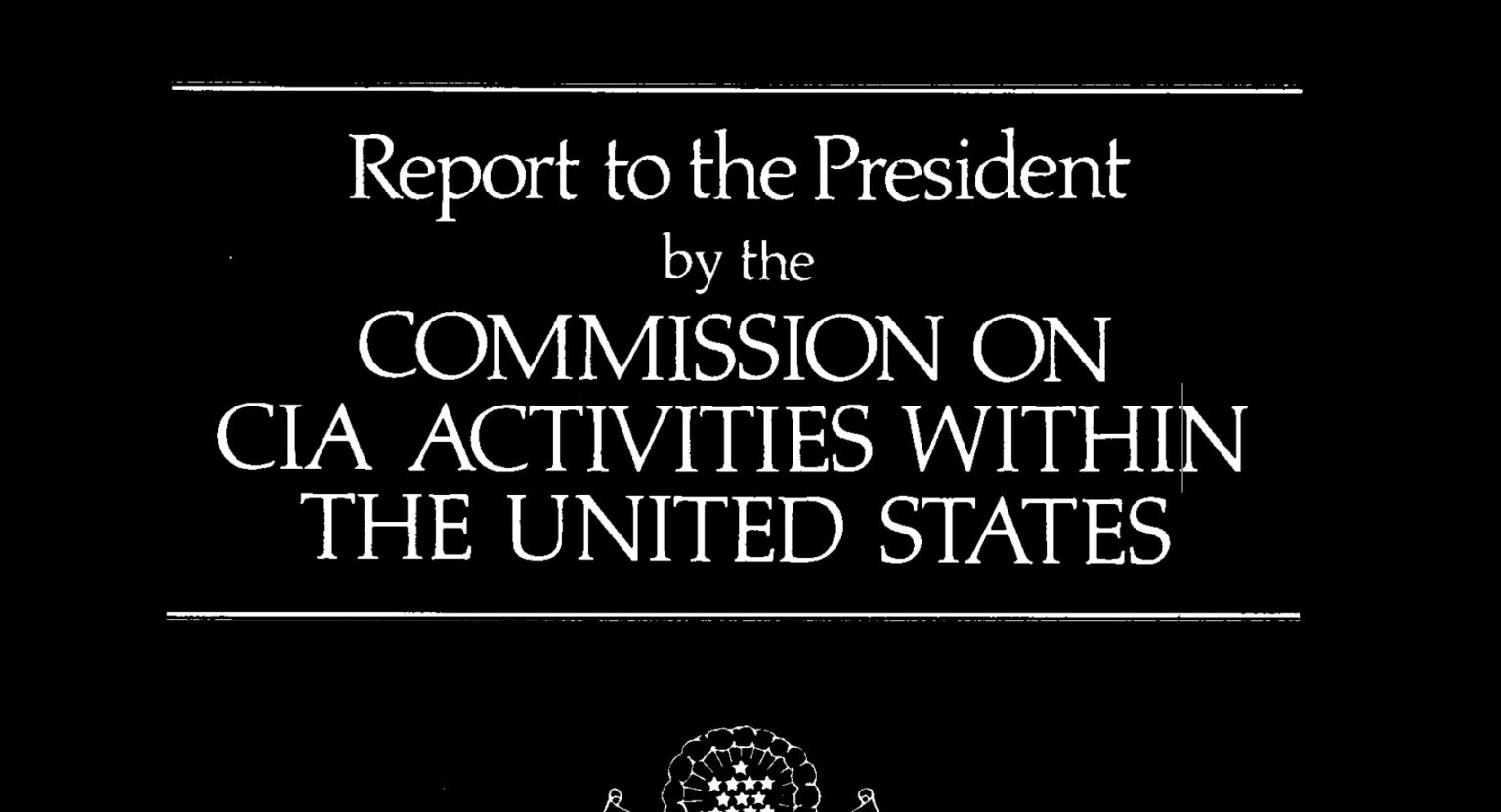 The commission was created in response to a December 1974 report in The New York Times that the CIA had conducted illegal domestic activities, including experiments on U.S. citizens, during the 1960s. The commission issued a single report in 1975, touching upon certain CIA abuses including mail opening and surveillance of domestic dissident groups. It publicized Project MKUltra, a CIA mind control study.

It also studied issues relating to the John F. Kennedy assassination, specifically the head snap as seen in the Zapruder film (first shown on television in 1975), and the possible presence of E. Howard Hunt and Frank Sturgis in Dallas, Texas.

Below you will find the full report, as obtained from the President Gerald Ford Library.