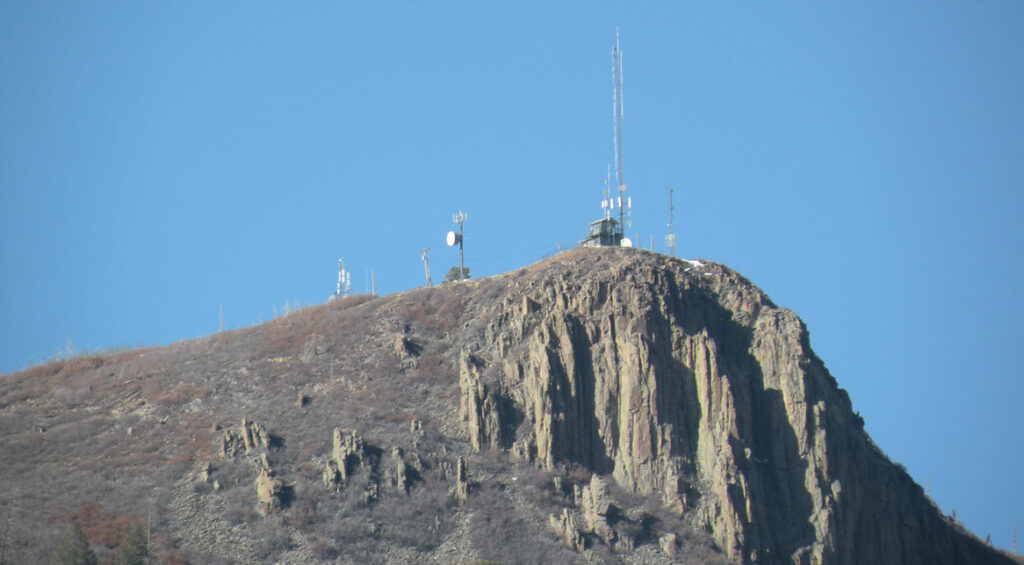 Although it seems to be made of myth and legend, the secret military installation tucked inside Archuletta Mesa in Northern New Mexico remains a mystery.

Tales of alien experimentation, torture, and genetic experiments have echoed through UFO lore for decades.  But is it true?

In the beginning of 2009, I was asked to produce and write a one hour episode of UFO Hunters on The History Channel on this very “base.”  I thought to myself, what could we find, if anything?  I knew it would be a challenge.

In the research phase, I called John Rhodes who was instrumental in offering his research into the base, and how the technology to make a near 5-mile base in a mountain was possible.

He detailed the Subterrene, a piece of equipment that rather than drilling and excavating a mountain where you have tons of dirt leftover, this would bore through with a super heated process that would melt through the dirt leaving little trace behind.

As fantastic as the technology seems, I filed FOIA requests for documents relating to this machine.  And even though John Rhodes found evidence it was tested, I wanted to see what else I could find.

As of this writing, only one document was found.  But you can tell by the pictures – the technology works.

Use of the Subterrene for Military Drilling Applications [29 Pages, 3.3mb]

Other Documents of Interest (Include mentions of the Subterrene System)

Autonomous Underground Microborer for Characterization of Deeply Buried Underground Facilities [14 Pages, 1.8mb] – Although construction and entrances to deeply bored underground facilities (UGF’s) may be detected by remote surveillance assets available to U.S. forces, detailed internal characterization and 24-hour monitoring of denied access facilities cannot be accomplished by current remote sensors and have therefore depended heavily on human intelligence (humint) resources, which are often not available or may be unreliable. An innovative underground intelligence (UGINT) system concept and its technical feasibility is presented in which a stealthy autonomous underground microborer (AUM) is used to deliver sensors to designated positions exterior to or interior within a UGF by micro boring through the ground with a rock-melting penetrator. For a UGF entrance monitoring mission, the AUM would carry lowlight- level electro-optic/infrared (EOIIR) imaging and/or acoustic sensors periscoped to ground level near an entrance. For a UGF mapping mission, the AUM would carry a ground-penetrating radar transmitter working in conjunction with stealthily placed unattended ground sensors (UGS) or an ELF antenna working in conjunction with the HAARP system in Alaska to perform bistatic tomographic imaging of the UGF. For an internal penetration access mission, the AUM would carry EOIIR, audio, and/or radiological/chemical sniffers to be placed in or through walls of a UGF chamber. The monitoring mission is proposed as a near-term technology development capability, and the internal access mission is proposed as a far-term technology capability.

The Very High Speed Transit System, August 1972 RAND Corporation [20 Pages, 0.9MB] – This document makes mention of the use of the subterrene, and is included here for reference.

The Very High Speed Transit or “VHST” concept was put forward some years ago in response to the search for a pollution-free transport method that could operate at speeds competitive with aircraft. The general principles are relatively straightforward: electromagnetically levitated and propelled cars in an evacuated tunnel.