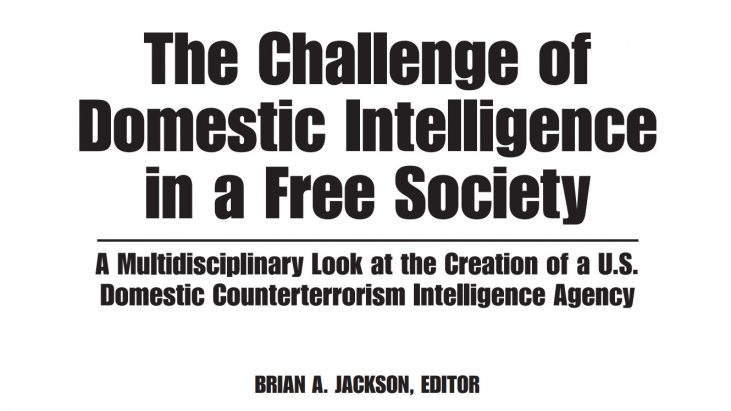 The Challenge of Domestic Intelligence in a Free Society. A Multidisciplinary Look at the Creation of a U.S. Domestic Counterterrorism Intelligence Agency, 2009

With terrorism still prominent on the U.S. national agenda, whether the country’s prevention efforts match the threat it faces continues to be central in policy debate. One element of this debate is questioning whether the United States, like some other countries, needs a dedicated domestic intelligence agency. To examine this question, Congress directed that the U.S. Department of Homeland Security Office of Intelligence and Analysis perform “an independent study on the feasibility of creating a counter terrorism intelligence agency”.

The Challenge of Domestic Intelligence in a Free Society. A Multidisciplinary Look at the Creation of a U.S. Domestic Counterterrorism Intelligence Agency, 2009 [310 Pages, 1.8MB]