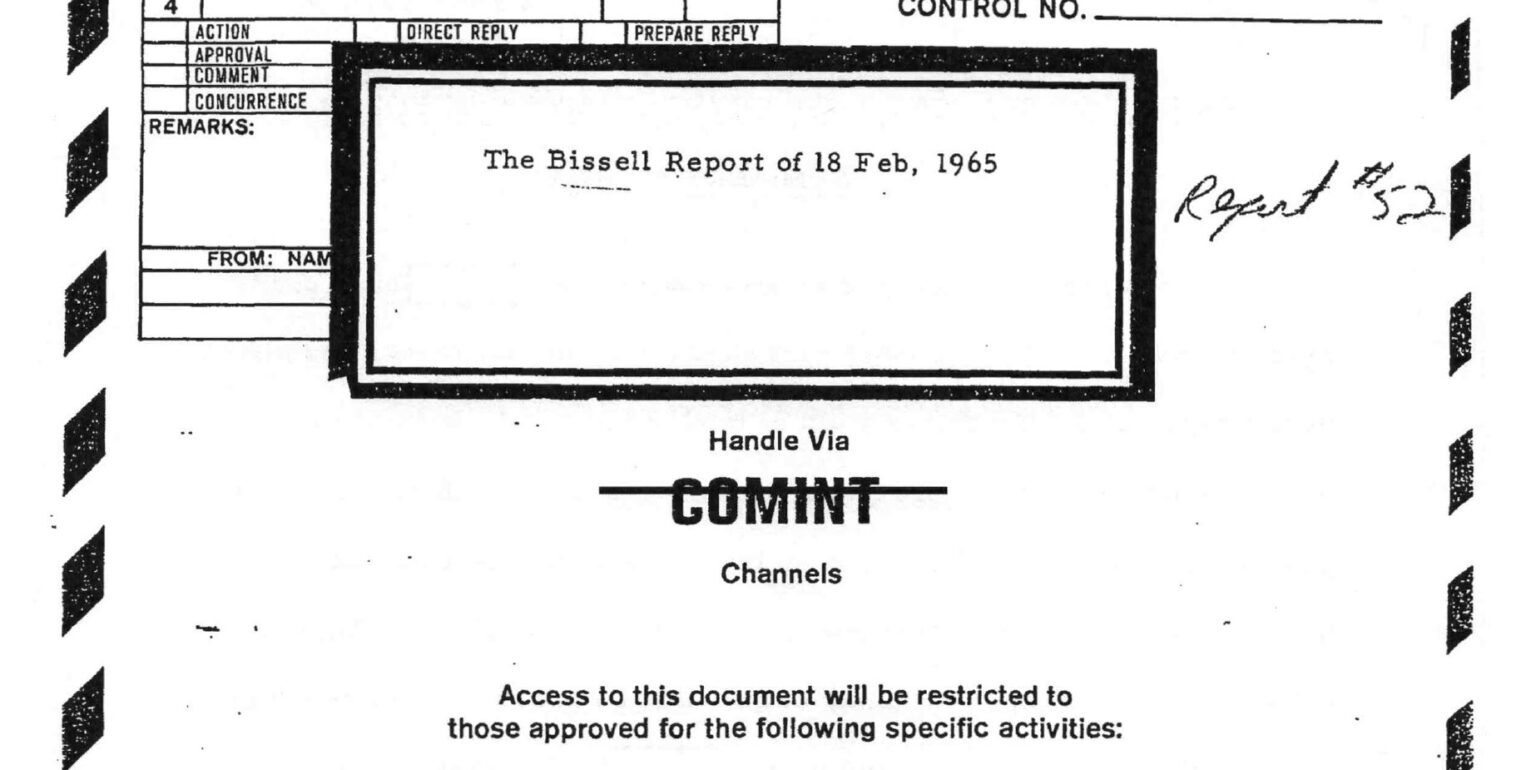 Richard Bissell Jr. was a Central Intelligence Agency officer responsible for major projects such as the U-2 spy plane and the Bay of Pigs Invasion. In 1965, he created a report that looked into the NSA’s effort to crack high grade cipher systems. This was his report.

In February of 2019, The Black Vault requested a mandatory declassification review (MDR) of the document, which was previously released but heavily redacted. Although redactions still remain, many were lifted, and the report offers a more in-depth review of the NSA’s efforts.