This article was written for the CIA Studies in Intelligence. The author was Benjamin B. Fischer.

In August of 2019, The Black Vault requested a Mandatory Declassification Review (MDR) request on this document, which was previously released, though was redacted in many parts. The MDR was responded to in March of 2020, and did reveal some new information never before revealed. That part was the following paragraph, speaking about a 1981 KGB ‘esimate’ that had a drastic change on how the Soviet Union viewed itself  when contrasting to previous estimates created in the 1970s. This was the newly revealed paragraph (the full document is below it): 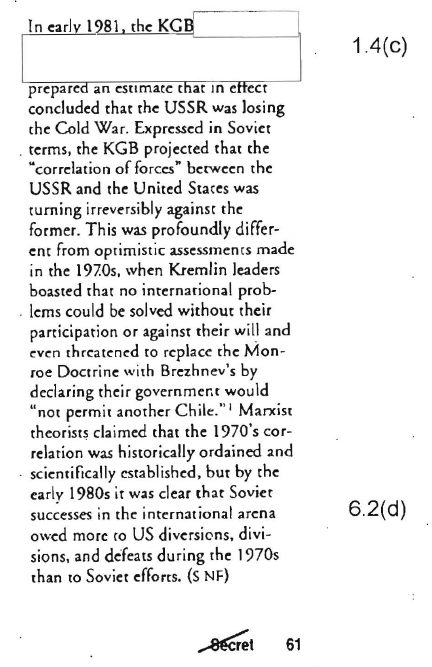