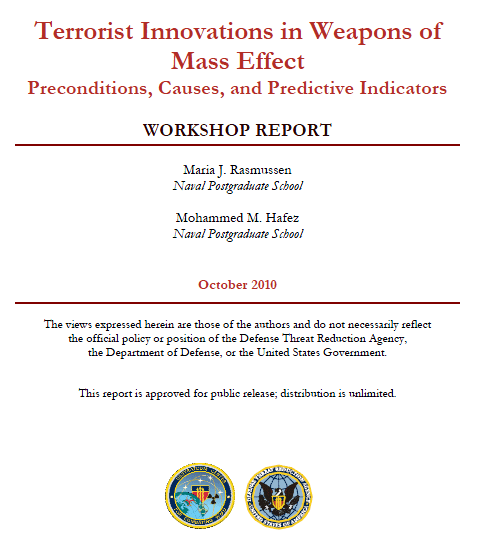 Innovation is a constant feature of terrorism, yet little is known about how terrorists innovate, the factors that drive them to innovate, and the indicators that could help predict their trajectory toward innovation.

On August 5-6, 2010, experts gathered for a workshop sponsored by the Defense Threat Reduction Agency, Advanced Systems and Concepts Office (DTRA-ASCO), to discuss the preconditions, causes, and predictive indicators associated with terrorist innovation in weapons of mass effect (WMEs).1 They presented their research findings on seven historical and contemporary cases of terrorist innovation, ranging from airplane hijackings by the Popular Front for the Liberation of Palestine (PFLP) to the current threat emanating from Al-Qaeda’s mass casualty attacks.

These case studies generated a number of generalizations about what motivates innovation, how terrorists come to innovate, and whether it is possible to anticipate innovations in WME terrorism.