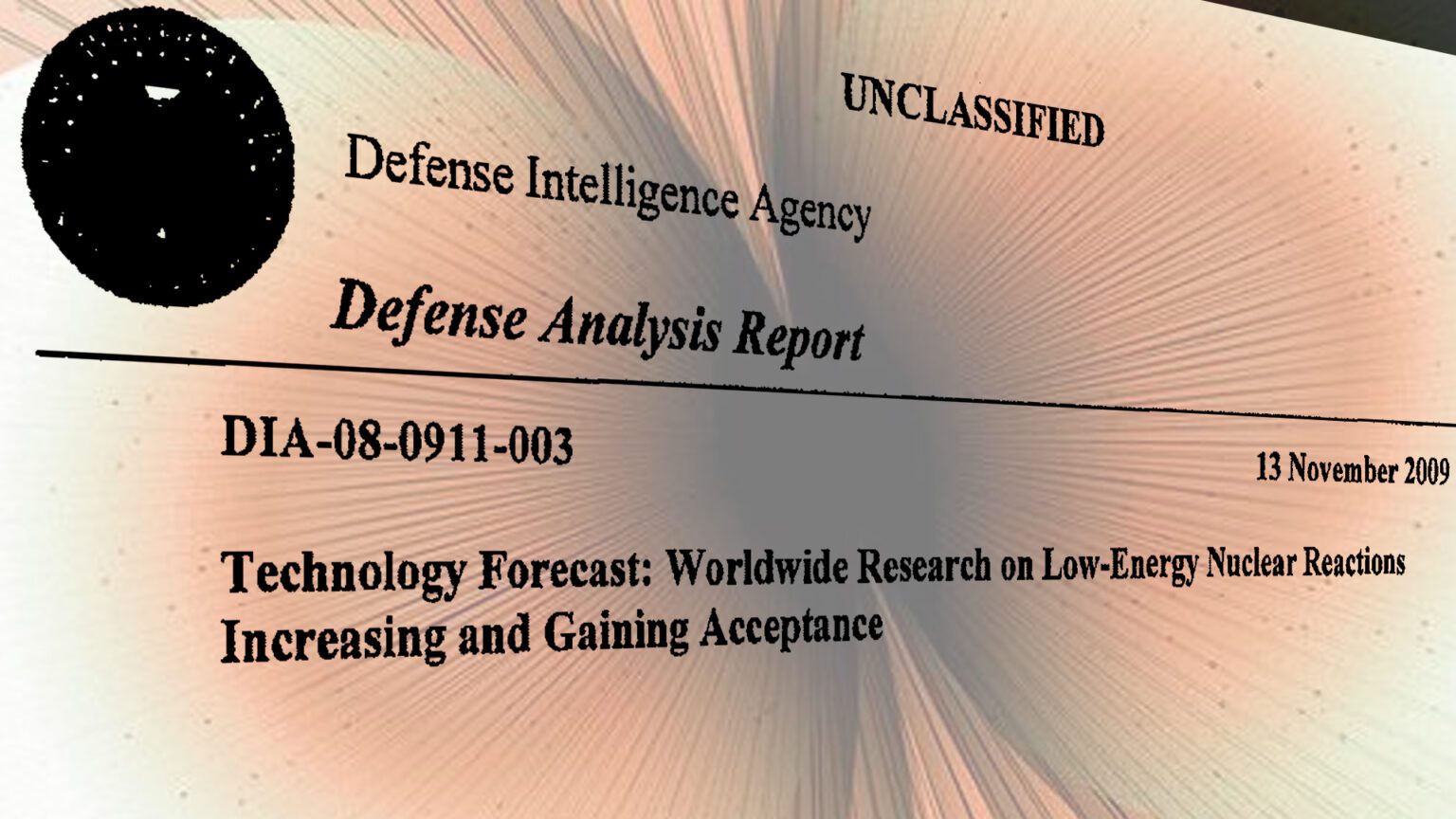 Scientists worldwide have been quietly investigating low-energy nuclear reactions (LENR) for the past 20 years. Researchers in this controversial field are now claiming paradigm-shifting results, including generation of large amounts of excess heat, nuclear activity and transmutation of elements. Although no current theory exists to explain all the reported phenomena, some scientists now believe quantum-level nuclear reactions may be occurring. DIA assesses with high confidence that if LENR can produce nuclear-origin energy at room temperatures, this disruptive technology could revolutionize energy production and storage, since nuclear reactions release millions of times more energy per unit mass than do any known chemical fuel.

The following document was obtained from the Defense Intelligence Agency (DIA) through Freedom of Information Act case FOIA-00380-2016. It was filed on July 12, 2016, by The Black Vault and the final response came on November 12, 2021.

The original request asked for, “… all reports from the DIA Defense Warning Office (DWO) since 1989 concerning Low Energy Nuclear Reactions or LENR or Cold Fusion.”

The result yielded four documents, totaling 34 pages. However, three of those documents were withheld in full, which totaled 26 pages. That meant, only 8 were released, in part.