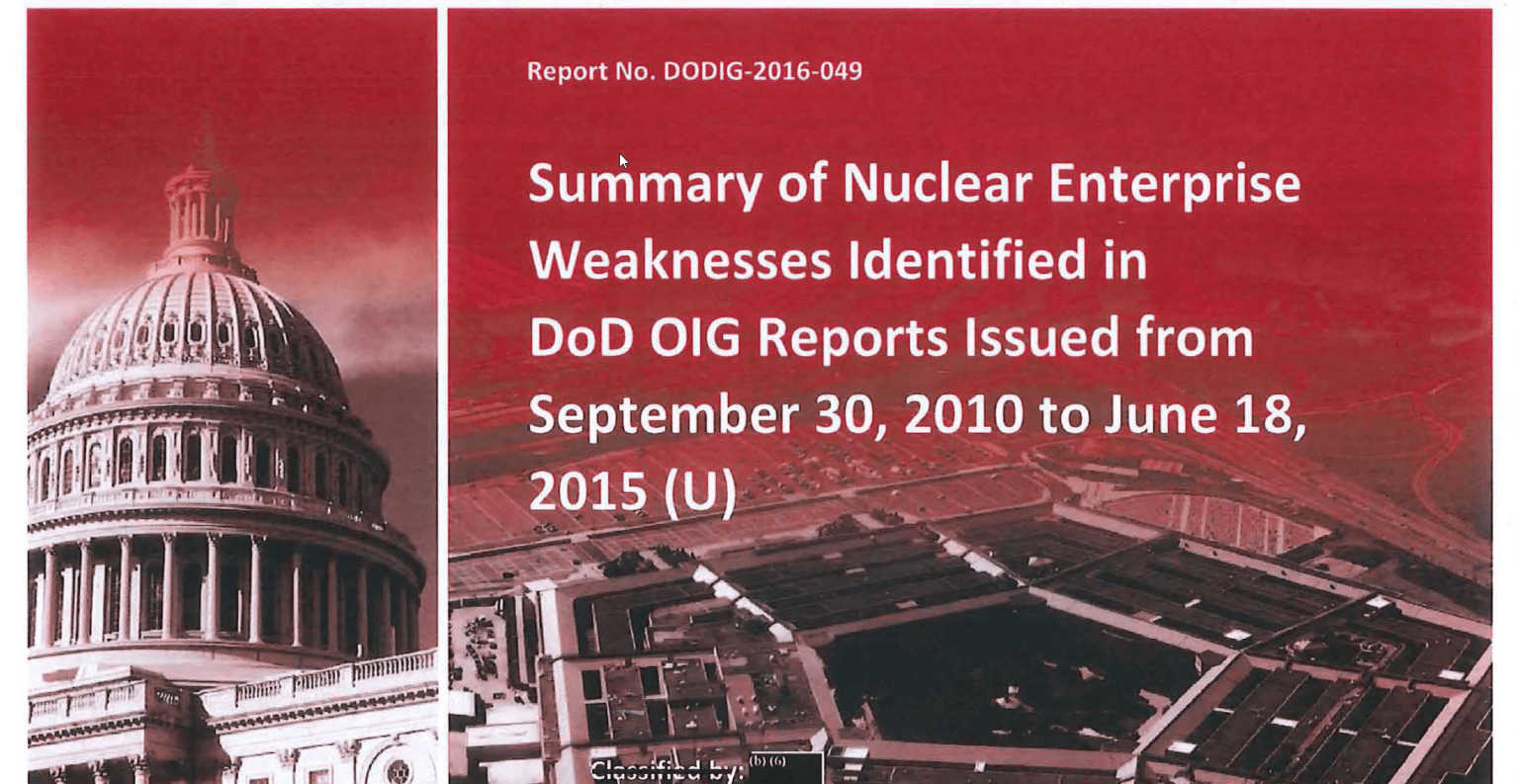 According to the Objectives:

“We reviewed DOD OIG reports issued from September 30, 2010, to June 18, 2015, in order to summarize the key observations and recommendations.”

“We summarized 10 reports issued by the 000 Office of Inspector General from September 30,2010, to June 18, 2015, that contained findings on aspects of the nuclear enterprise. Weaknesses identified in the nuclear enterprise include: planning and coordination, guidance, requirements, manning and training, budget or funding priority, and logistics and parts issues. Chart 1 depicts the number of reports having findings in the specified category. Note that the reports had more than one weakness area identified.”