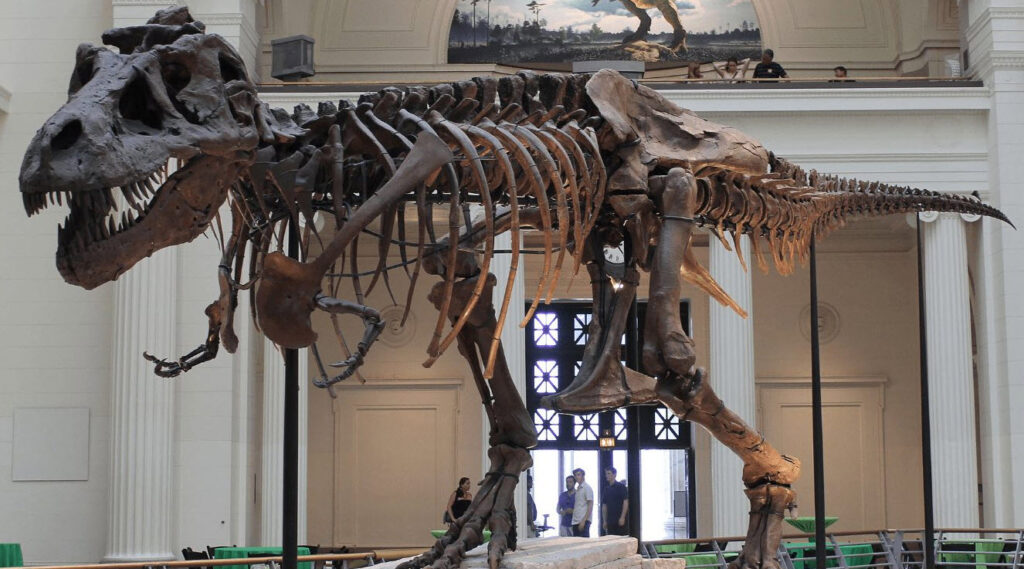 Sue the Dinosaur and the Black Hills Institute of Geological Research

For a quick synopsis, I’d like to reference the Wikipedia article on Sue the Dinosaur, which breaks down some background:

“Sue” is the nickname given to FMNH PR 2081, which is the largest, most extensive and best preserved Tyrannosaurus rex specimen ever found at over 90% recovered by bulk. It was discovered in August of 1990, by Sue Hendrickson, a paleontologist, and was named after her. After ownership disputes were settled, the fossil was auctioned in October 1997, for US $7.6 million, the highest amount ever paid for a dinosaur fossil, and is now a permanent feature at the Field Museum of Natural History in Chicago, Illinois.

Soon after the fossils were found, a dispute arose over their legal ownership. The Black Hills Institute had obtained permission from the owner of the land, Maurice Williams, to excavate and remove the skeleton, and had, according to Larson, paid Williams US$5,000 for the remains. Williams later claimed that the money had not been for the sale of the fossil and that he had only allowed Larson to remove and clean the fossil for a later sale.

Williams was a member of the Sioux tribe, and the tribe claimed the bones belonged to them. However, the property that the fossil had been found within was held in trust by the United States Department of the Interior.

Thus, the land technically belonged to the government. In 1992, the FBI and the South Dakota National Guard raided the site where The Black Hills Institute had been cleaning the bones and seized the fossil.

The government transferred the remains to the South Dakota School of Mines and Technology, where it was stored until the legal dispute was settled. After a lengthy trial, the court decreed that Maurice Williams retained ownership, because as a beneficiary he was protected by the law against an impulsive selling of real property, and the remains were returned in 1995. Williams then decided to sell the remains, and contracted with Sotheby’s to auction the property. Many were then worried that the fossil would end up in a private collection where people would not be able to observe it. The Field Museum in Chicago was also concerned about this possibility, and decided to attempt to purchase Sue.

However, the organization realized that they might have had difficulty securing funding and requested that companies and private citizens provide financial support.

On October 4, 1997, the auction began at US$500,000; less than ten minutes later, The Field Museum had purchased the remains with the highest bid of US$7.6 million. The final cost after Sotheby’s commission was US$8,362,500. Williams received the $7.6 million tax free due to being a sale of Trust Land.

What got me interested in this story, is the Netflix documentary Dinosaur 13.

As a documentary writer, producer and director myself, my compliments to the film crew and writing staff for a job well done, because I was sucked in!

The story was phenomenal, but also, the profile of how the government swept in, and took over this dinosaur skeleton was absolutely amazing to watch unfold.

After watching the rest of the documentary, and immediately filed multiple FOIA requests to various agencies to see exactly what happened. I knew there must be more to the story.

This page is rather ‘infantile’ since many of those FOIA requests have yet to have a final answer, but wanted to start archiving the material I receive.

You will find the archive below. As I receive documents, I will continue to update this page.

BLM Claims to have “no records” on this event.

Department of Interior / Office of the Inspector General (DOI/IG)

DOI/IG claims to have “no records” on this event.