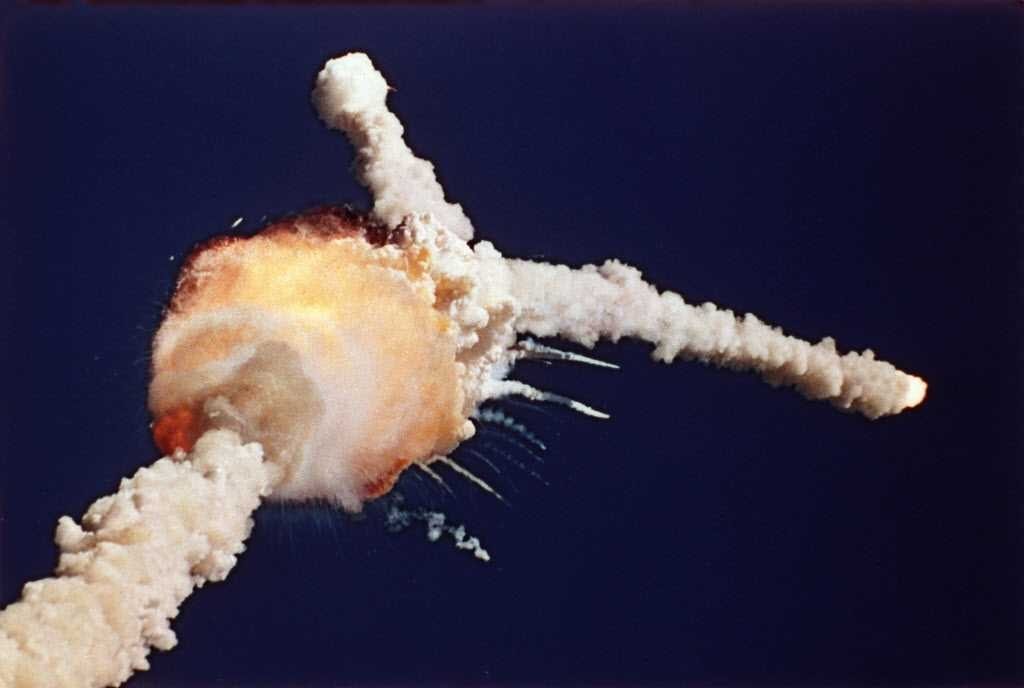 Challenger was destroyed in the second minute of STS-51-L, the orbiter’s tenth mission, on January 28, 1986 at 11:38:00 a.m. EST, when an O-ring seal on its right solid rocket booster (SRB) failed. The O-rings failed to seal due to a variety of factors, including unusually cold temperatures. This failure allowed a plume of flame to leak out of the SRB and impinge on both the external fuel tank (ET) and SRB aft attachment strut. This caused both structural failure of the ET and the SRB pivoting into the orbiter and ET. The orbiter’s attitude rotated out of the normal flight profile and the vehicle assembly then broke apart under aerodynamic loads.

FBI File on Challenger Disaster [182 Pages, 10.9MB] – The FBI conducted an investigation in order to determine if the January 28, 1986, explosion was the result of sabotage.