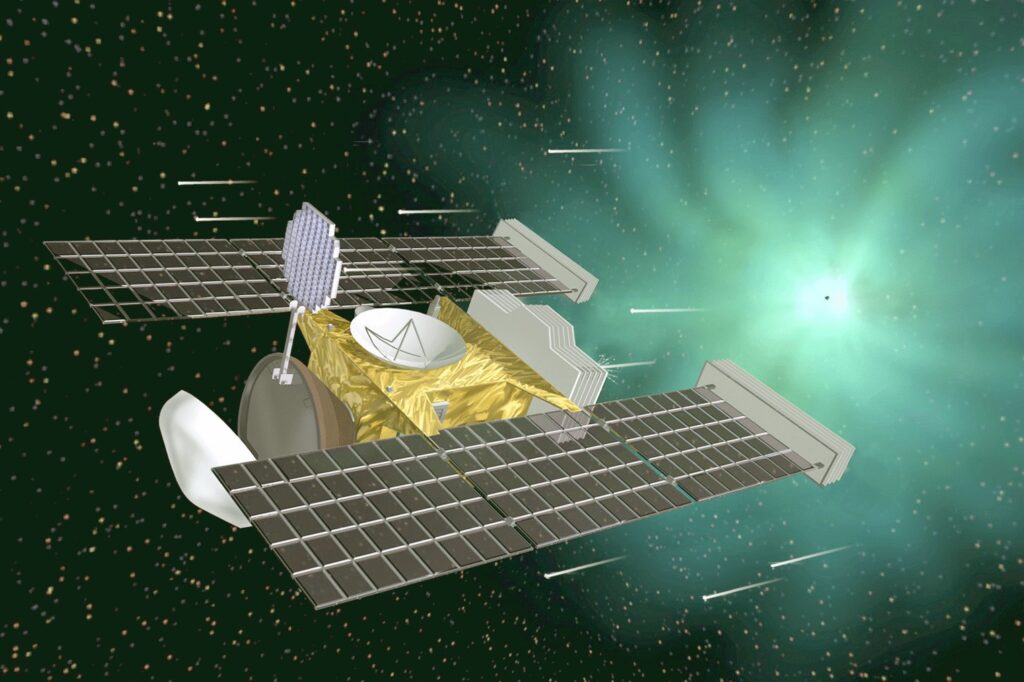 The primary goal of the Stardust mission was to collect samples of a comet and return them to Earth for laboratory analysis. Comets are ancient bodies of frozen ice and dust that formed beyond the orbit of the most distant planet. They were expected to contain materials that the solar system formed from, preserved in ice for billions of years. When the international team of 200 scientists began examination of the returned particles, we found that the particles were indeed ancient building blocks of the solar system but the nature and origin of the particles was quite unexpected.

I thought this next document belonged here, even though it’s not specifically about Stardust. It was written back in 1961.

The Mission to a Comet, 11 July 1961 [ 33 Pages, 0.9MB ] – The possibility and significance of launching a deep space probe to penetrate a comet are established.