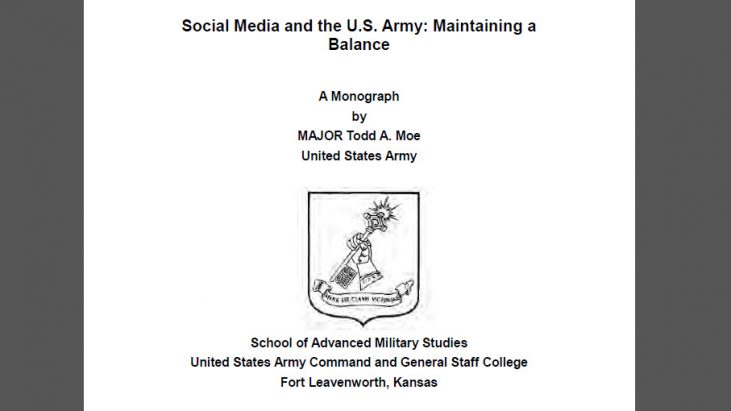 Social Media and the U.S. Army: Maintaining a Balance, by MAJOR Todd A. Moe, May 2011

Now that the Department of Defense has permitted the use of social media for both private and official purposes, the question becomes, can the military, the Army in particular, obtain the benefits sought from social media use without seriously compromising individual and operations security?

Answering this question required an initial assessment of Army goals and objectives to determine why the Army risked the use of social media, which revealed two reasons immediately.

First, the Army needed social media to communicate its inform and influence activities more effectively. Second, social media was the primary means by which soldiers maintained contact with their friends and family and, consequently, became a significant element in maintaining soldier morale.

Nevertheless, soldiers who are not trained to avoid the disclosure of classified or sensitive information will, through their ingrained habits, present a significant security risk. Bottom line, all military personnel require training on appropriate use of social media now.