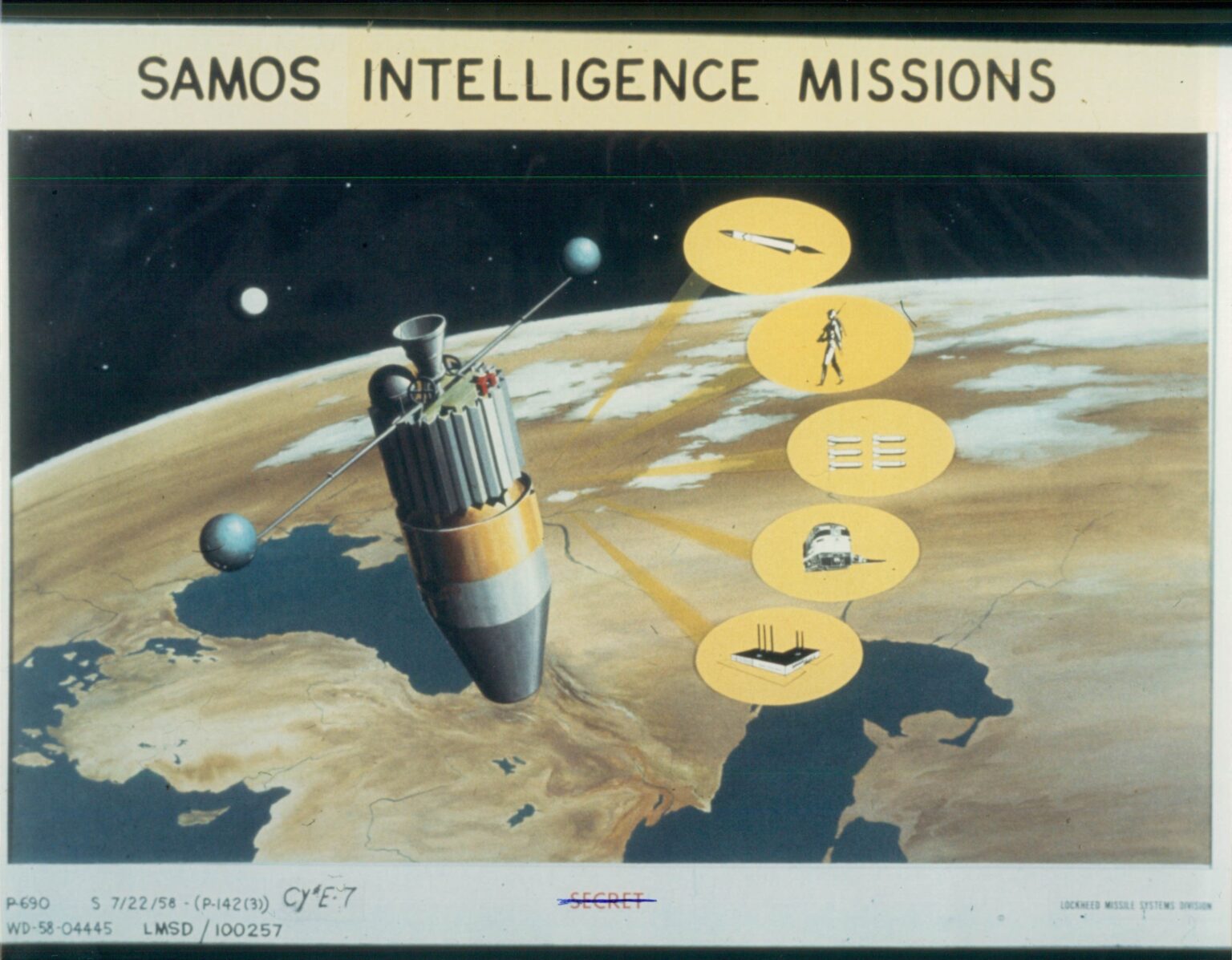 The Samos E or SAMOS (Satellite and Missile Observation System) program was a relatively short-lived series of reconnaissance satellites for the United States in the early 1960s, also used as a cover for the initial development of the KH-7 Gambit system. Reconnaissance was performed with film cameras and television surveillance from polar low Earth orbits with film canister returns and transmittals over the United States. Samos was first launched in 1960, but not operational until 1963 and all were launched from Vandenberg Air Force Base. SAMOS was also known by the unclassified terms Program 101 and Program 201.

SAMOS To The Moon: The Clandestine Transfer of Reconnaissance Technology Between Federal Agencies, October 2001 [8 Pages, 1.71MB] – Among those who share a passing interest in the history of astronautics, two popular myths remain in vogue. The first contends that the U.S. Air Force, which began American work on reconnaissance satellites with the SAMOS Project failed in the late 1950s in its efforts to create a near real time film imaging system. Second. and entirely dependent on the first axiom. . the electro-optical imaging system developed later by the National Reconnaissance Office (NRO) represents the first application of near real time satellite imaging. The actual story, as you might suppose at this point, is rather different.