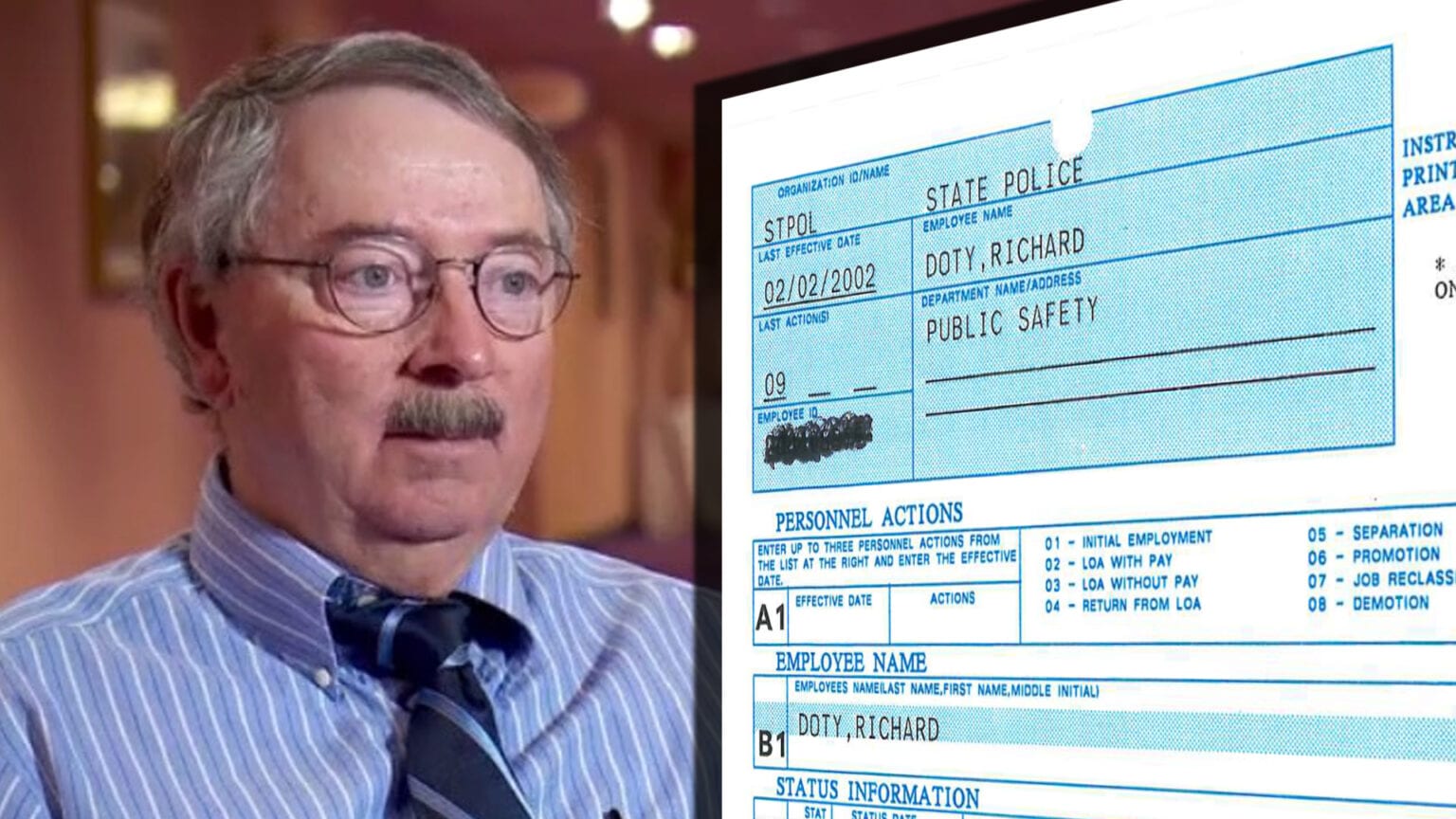 Richard Doty, who has been a name long-standing in the UFO field as a “disinformation agent,” previously worked with the Air Force Office of Special Investigations (AFOSI), and has been said to have approached UFO witnesses through the 1970s and 1980s, and misinform them about the truth behind UFOs. Most famous, would be his involvement in the Paul Bennewitz affair, in which it landed Bennewitz in a psychiatric facility.

The below records consist of the entire RELEASABLE personnel files for Richard Doty, while he was working as a New Mexico State Police Officer. All information contain herein, is public record, and was received via a Inspection of Public Records request, pursuant to NMSA 14-2-1 et seq. The redactions were done by the New Mexico Department of Public Safety prior to release. The other information is considered releasable under NM state law.

Note: The existence of this file was teased a couple years back by Tim McMillan, who moved on from running his blog, and now works writing for another that he co-founded. His “Chasing the Coyote’s Tail” blog went offline, and it is unclear if the FULL posting of the below records ever took place, though there was a message later it was online, but never announced. There is no Wayback Machine archive to reference what was or was not released. I have been asked by many where these files could be accessed, and after looking throughout various social media sites, etc., I could not find more than 25 or so pages. So, I went after the full file myself for archiving. Credit to Mr. McMillan for the original tease that the records existed.