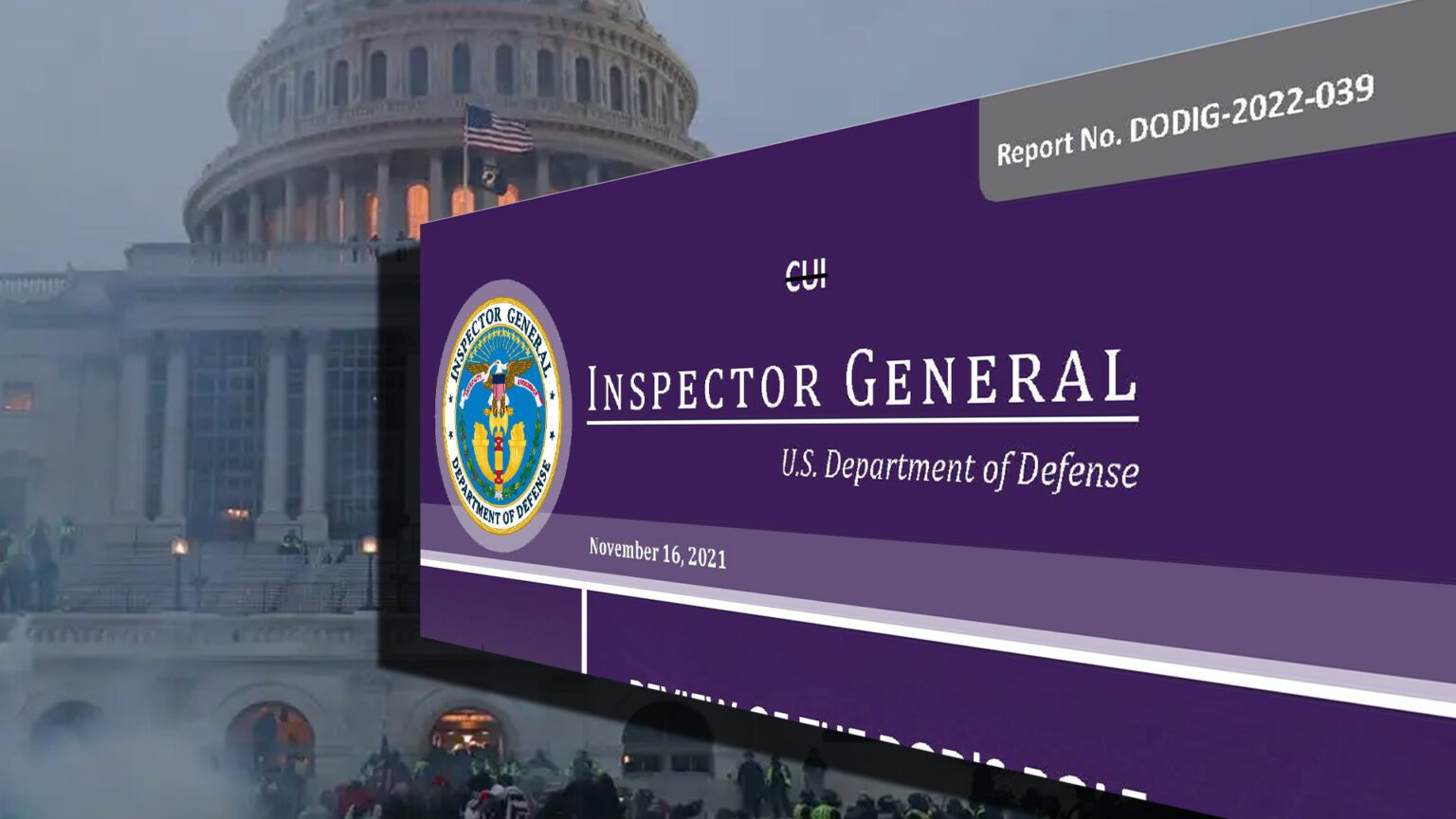 This report presents the results of the DoD Office of Inspector General (OIG) review of the DoD’s role, responsibilities, and actions to prepare for and respond to the protest and its aftermath at the U.S. Capitol Campus on January 6, 2021.

The DoD Acting Inspector General initiated this review on January 15, 2021. Our review evaluated requests for DoD support before January 6, 2021, how the DoD responded to such requests, the requests for support the DoD received as the events unfolded on January 6, 2021, and how the DoD responded to the protests and rioting at the U.S. Capitol Campus. We evaluated whether the DoD’s actions were appropriate and supported by requirements. We also examined whether the DoD complied with applicable laws, regulations, and other guidance in its response to requests for assistance.

To conduct the review, we assembled a multidisciplinary team of DoD OIG administrative and criminal investigators, evaluators, auditors, and attorneys. We examined approximately 24.6 gigabytes of e-mails and documents, including letters, memorandums, agreements, plans, orders, reports, briefings, calendars, statements witnesses made in congressional hearings, and comments witnesses made to journalists as reported in media articles and network news broadcasts. We examined records from the offices of the Secretary of Defense (SecDef); the DoD General Counsel; the Chairman of the Joint Chiefs of Staff (JCS); the Secretary of the Army (SecArmy); the Chief, National Guard Bureau (NGB); and the District of Columbia National Guard (DCNG). We also reviewed records provided to us by the Office of the Mayor, Washington, D.C.; the Office of the District of Columbia Homeland Security and Emergency Management Agency (DCHSEMA); the Department of the Interior (DoI); the U.S. Capitol Police (USCP) OIG; and the Federal Bureau of Investigation (FBI). Finally, we reviewed official e-mails, telephone records, call logs, and records from other means of communication, such as text messages, that DoD officials used before and on January 6, 2021.