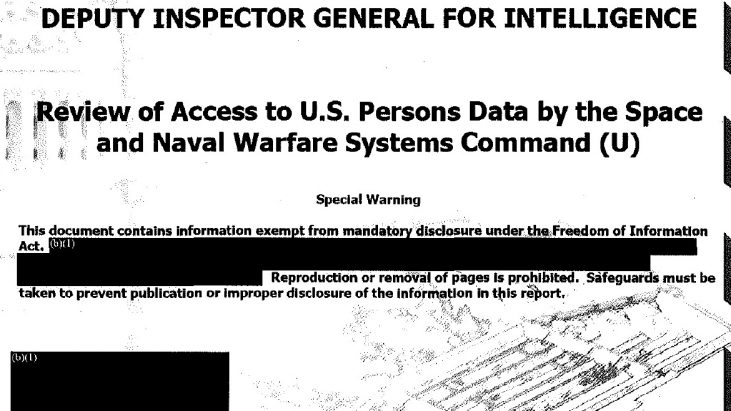 The employee specifically raised concerns about the perceived mishandling of U.S. persons information by the Space and Naval Warfare Systems Center, San Diego, a research and development facility [REDACTED].

The employee also raised concerns that [REDACTED] was not responsive to his request to investigate and correct the deficiencies associated with the Space and Naval Warfare Systems Center San Diego and other DoD research and development facilities. The employee also alleged that he was reprised against for his actions.

TSA Finds 73 Workers on the Terrorist Watchlist in 2015

A Review of Various Actions by the Federal Bureau of Investigation and Department of Justice in Advance of the 2016 Election, June 2018