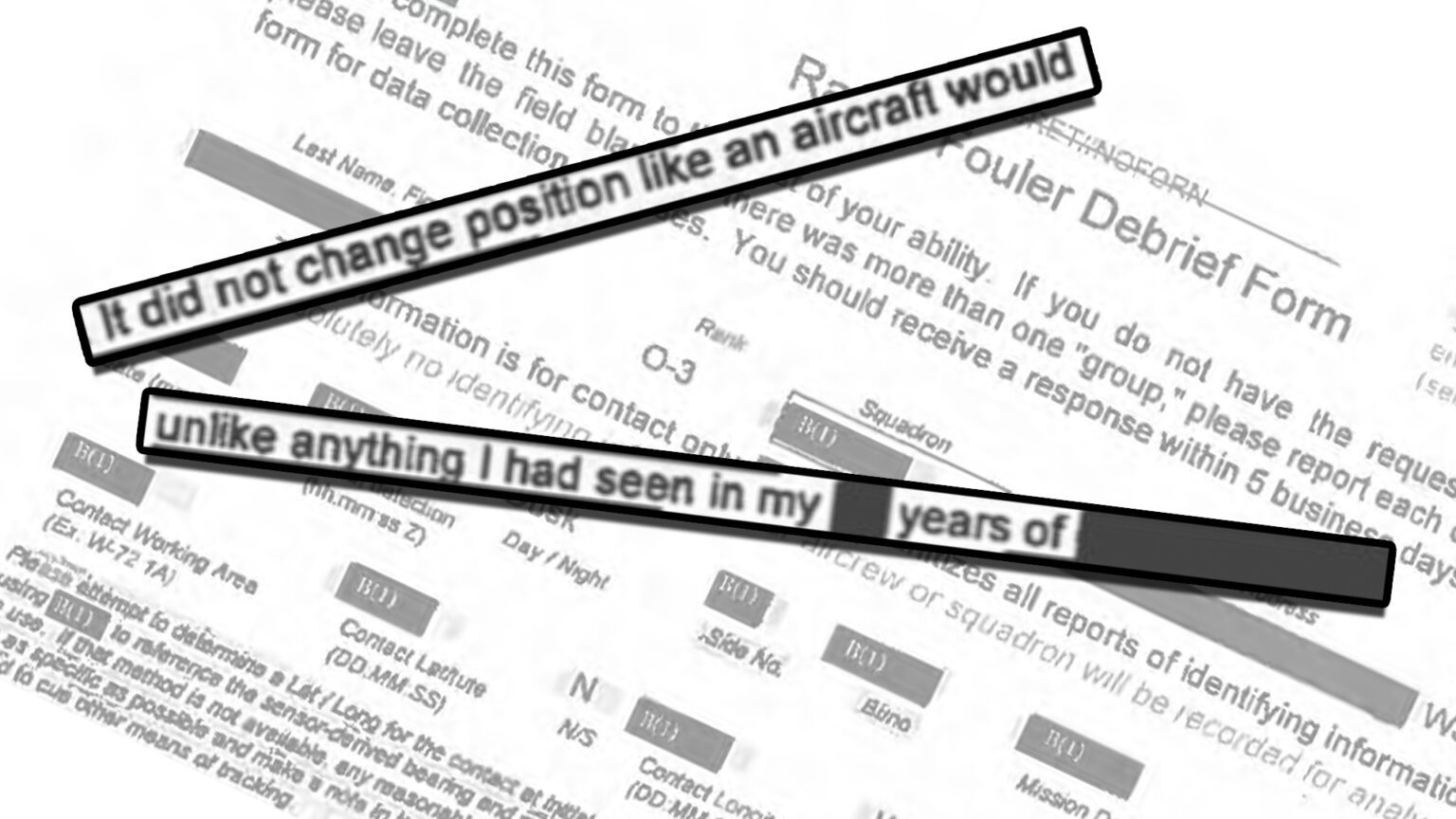 The report from June of 2021 on Unidentified Aerial Phenomena (UAP) introduced a new term to many: Range Fouler. According to the footnote:

Beyond this footnote, not much is found. The Black Vault did uncover a U.S. Marine Corps Order, listed as MCIEAST-MCB CAMLEJO 3570.1B, which offers little more on “Range Foulers” – but seems to indicate a broader definition than the UAP report:

Not much else is found defining “range foulers” or explaining what they are, however, in January of 2022, The Black Vault filed a FOIA request to the Naval Criminal Investigative Service (NCIS) for reports from the K-NET database that had the phrase “range fouler”, and one report came up. However, due to national security reasons, the records were withheld in full and denied under FOIA exemption (b)(1).

Beyond the NCIS denial, the U.S. Navy has begun releasing “Range Fouler Debrief Forms” which are archived below.

These reports are heavily redacted, and are done so due to the UAP Security Classification Guide (SCG).

This guide is what sets forth the security levels (if any) when detailing the UAP issue. It has resulted in immense secrecy, and one that will be a hurdle in future attempts to extract UAP related information. This is all indicated by this, which appears on the released Range Fouler Debrief forms:

As of September of 2022, The U.S. Navy told The Black Vault that they will be adding ALL “Range Fouler” reports to their online reading room, while processing FOIA Case DON-NAVY-2022-012146 filed by The Black in August 2022. However, an open appeal is pending due to some circumstances that have become an ongoing issue with the U.S. Navy and FOIA. Updates will be posted when available.

In January of 2023, the U.S. Navy dumped another batch of Range Fouler reports out. These are found here, but many dates are redacted making it difficult to figure out the timeframe of reports within the release.

In 2022, NCIS has new investigations regarding “Range Foulers”.

They denied releasing those files as they are ALL classified and exempt.

on September 26, 2022, the day the above letter was received, The Black Vault attempted to verify with NCIS the number of pages / photos / videos that were being withheld. Their response later in the day stated:

“Our office cannot confirm the number of pages/photos/videos contained within a classified investigation.”
— NCIS FOIA Team