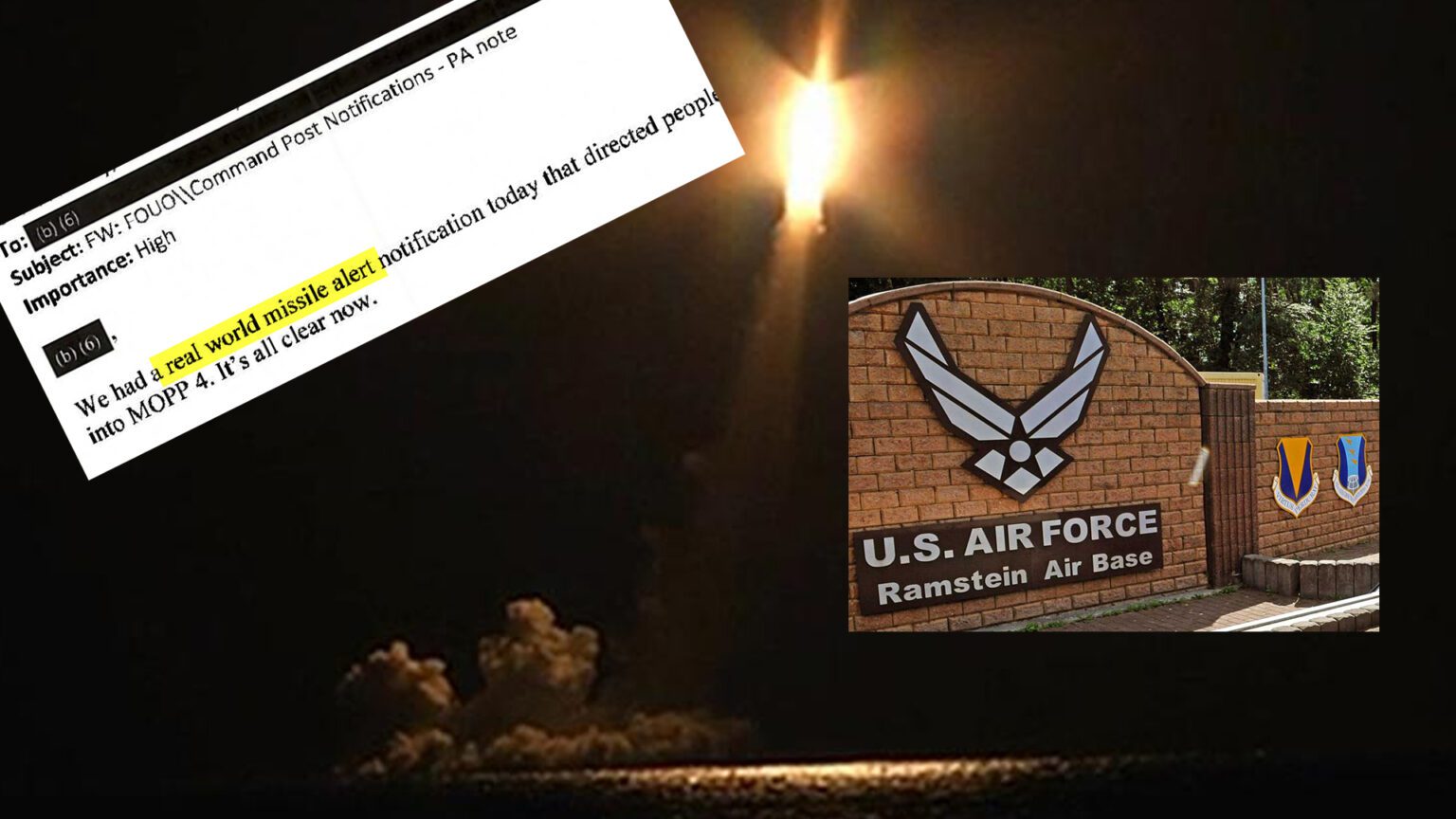 On December 12, 2020, Ramstein Air Base had a missile alert which sounded an alarm. “Aerial attack, aerial attack, seek cover, seek cover,” a voice over a loudspeaker said. The threat was not real, though the alert was not deemed an exercise.

It was triggered by Russia test-launching four dummy ICBMs from the western Pacific region.

The Black Vault filed a FOIA request on December 14, 2020, for all records relating to this incident from Ramstein. They were released in January of 2021, and added to The Black Vault below on August 11, 2021.