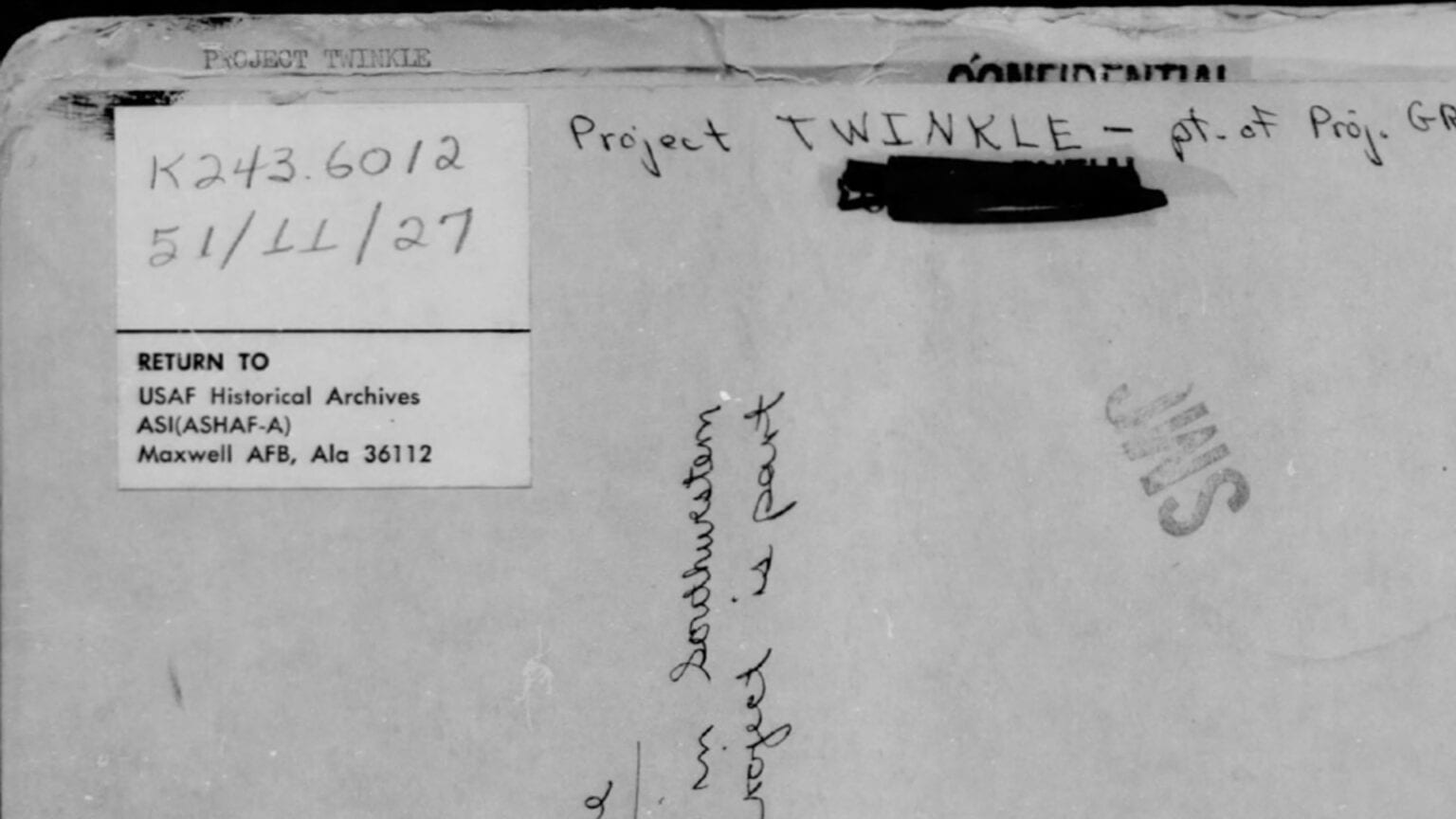 In December 1949 Project Twinkle, a network of green fireball observation and photographic units, was established but never fully implemented.

Although it is widely believed the green fireballs were natural phenomenon, during Project TWINKLE, many scientific experts were not convinced.

In addition, Clyde Tombaugh, the astronomer who discovered the planet Pluto, was reported as saying, “I have seen three objects in the last seven years which defied any explanation of known phenomenon, such as Venus, atmospheric optic, meteors or planes. I am a professional, highly skilled, professional astronomer. In addition I have seen three green fireballs which were unusual in behavior from normal green fireballs… I think that several reputable scientists are being unscientific in refusing to entertain the possibility of extraterrestrial origin and nature.”

Below, you will find some files on Project TWINKLE, as obtained from the National Archives and Records Administration (NARA).