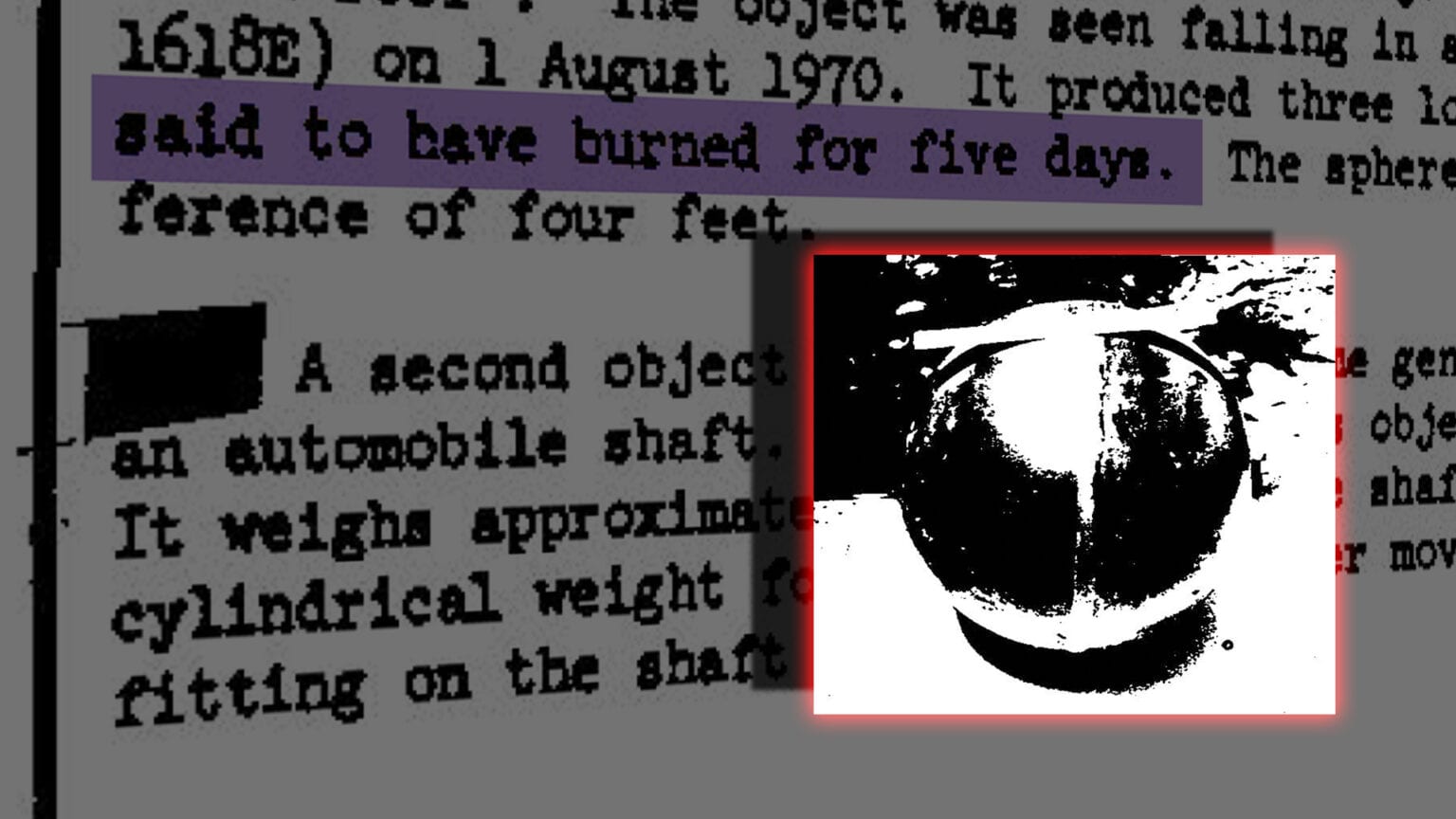 The following records were received by The Black Vault in FOIA Case 0703-96 with the Defense Intelligence Agency (DIA). They are part of Project Moon Dust, which was a program to retrieve unknown debris from space objects.

Although largely believed to be simply fallen satellites from other countries; there were rumored to be other objects recovered as well that did not have an easy explanation.

The case below is highlighted here, as it has a fairly unique description where the object recovered had burned for five days after its discovery. Per the documentation, although they drew likeness with other known objects, it remains unknown if they ever were able to identify it.

Although the documentation does not show that the object was identified, the photographs should they be of the object described in the documentation, highly resembles a piece of a Soviet space vehicle, like the one below, found in 1972 in New Zealand believed to be from COSMOS 486. MORE INFO.