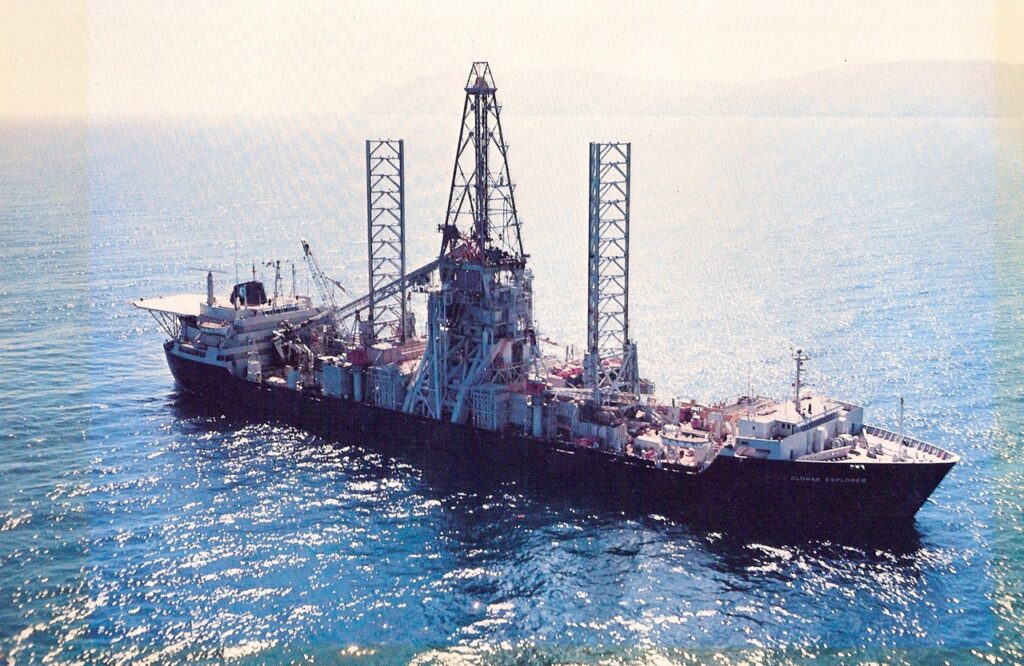 “AZORIAN” (erroneously called JENNIFER after its Top Secret Security Compartment by the press) was the code name for a U.S. Central Intelligence Agency (CIA) project to recover the sunken Soviet submarine K-129 from the Pacific Ocean floor in the summer of 1974, using the purpose-built ship Hughes Glomar Explorer. The 1968 sinking of the K-129 occurred approximately 1,560 nautical miles (2,890 km) northwest of Hawaii.

Project Azorian was one of the most complex, expensive and secretive intelligence operations of the Cold War at a cost of about $800 million ($3.6 billion in 2011 dollars).

In addition to designing the high tech recovery ship and its unique lifting cradle, the U.S. had to develop precision stability equipment to keep the ship nearly stationary above the target while lowering nearly three miles of pipe, and scientists also developed methods for preserving paper that had been underwater for years in hopes of being able to recover and read the submarine’s codebooks.

Since the Soviet Union had no idea where their submarine was located, the recovery operation took place covertly (in international waters) with a supposed commercial purpose: mining the sea floor for manganese nodules.

All released CIA Documents Regarding the Incident [133 Pages, 4.29MB]