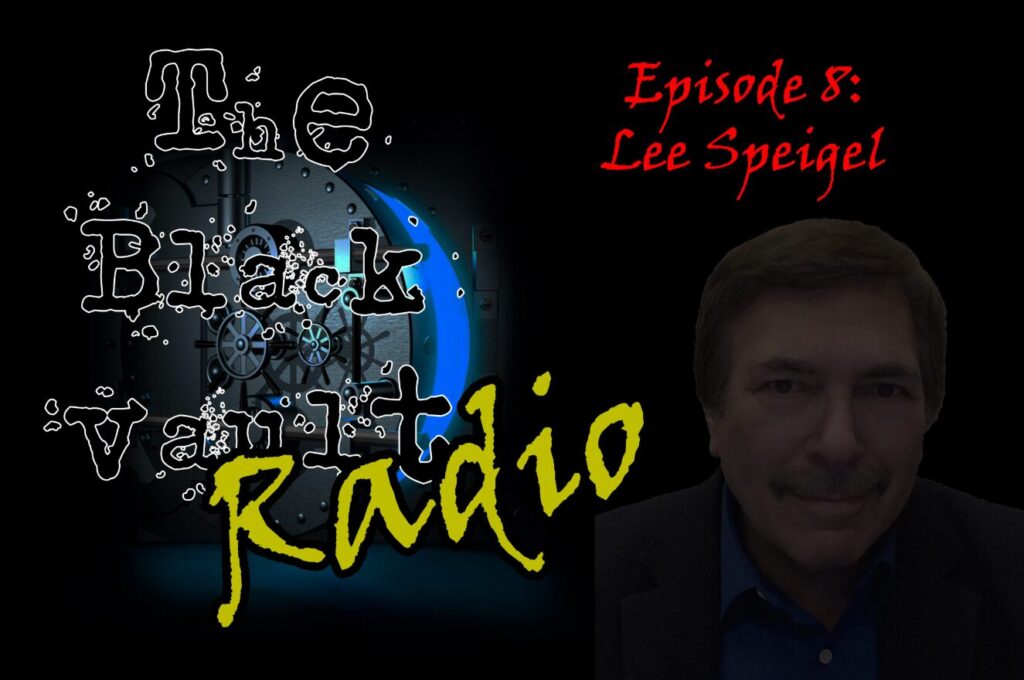 In Episode #8 of The Black Vault Radio, I welcome writer / producer / investigative journalist Lee Speigel into the Vault, to talk about his extensive history within the UFO Community. Lee became the only person in history to produce a milestone presentation on UFOs at the United Nations. He brought together leading military and scientific experts who urged world leaders to establish an international UFO study committee.  Also, hear about how Lee made an amazing discovery while profiling a United States Air Force Manual that specifically outlined UFOs and how to report them.  We call it the “Vanishing UFO Regulation” for a reason!

Also, I explore some important news headlines and profile an FBI File on a well known “alien whistleblower” in the TBV Unredacted segment.

– Scientists Are Puzzled By Mysterious Lights In The Sky. They Call Them STEVE
– Does Stratolaunch Have a Top Secret Purpose?
– An Introduction to The ADAM Research Project