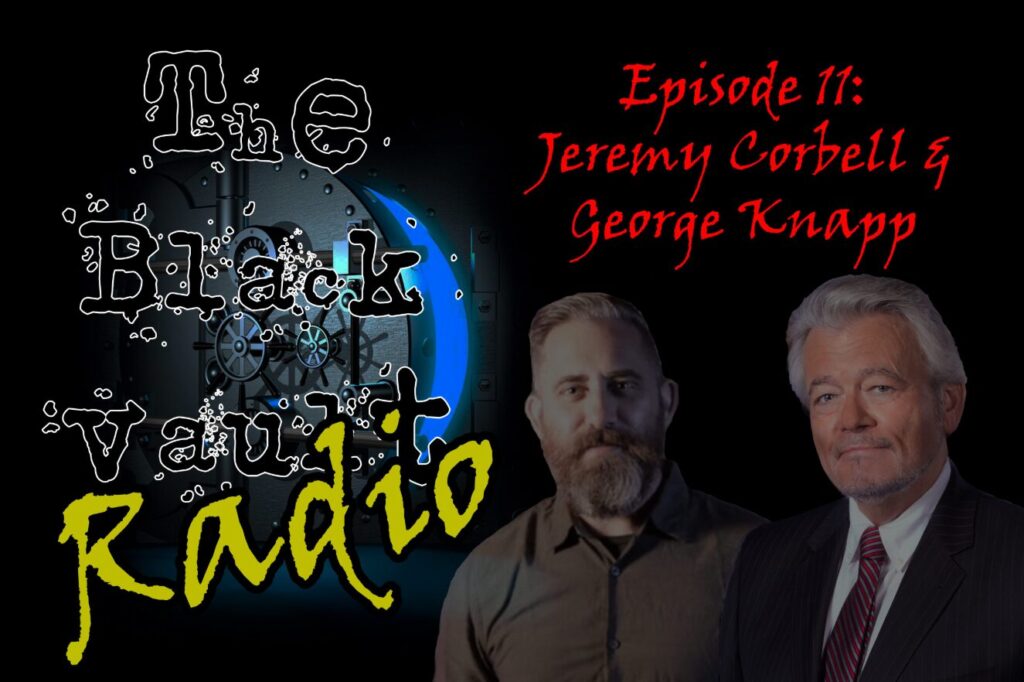 On Episode #11 of The Black Vault Radio, filmmaker Jeremy Corbell and award winning investigative journalist George Knapp step into the Vault. They break down the new film HUNT FOR THE SKINWALKER and explore the inside on the elusive Skinwalker Ranch.

This is a special edition of The Black Vault Radio — and all other segments are dropped to make way for a special extended TBV Dialogues segment!

Based on the best-selling book by George Knapp & Dr. Colm Kelleher, Hunt for The Skinwalker investigates the confidential, most extensive scientific study of a paranormal hotspot in human history. Skinwalker Ranch in Utah is famous throughout the world because of the myriad of frightening, seemingly supernatural events that have been reported in the scenic basin surrounding the property for hundreds of years. Sightings include orbs, UFOs, animal mutilations, unknown creatures, poltergeist-type activity, and many other inexplicable incidents. An exhaustive, multidisciplinary scientific study began in 1996, spearheaded by an enigmatic Las Vegas billionaire. A team of PhD-level investigators was deployed to collect evidence and spent more than a decade on the ground, interviewing witnesses, searching for explanations, and directly confronting an unknown intelligence. Recent headlines have revealed that a second, government-funded but confidential study was initiated by the Defense Intelligence Agency (DIA). This second investigation was designed to determine if the phenomena at the ranch might have national security implications or could point to technological breakthroughs. The shroud of mystery hanging above Skinwalker Ranch and the Uintah Basin has fascinated director Jeremy Corbell for years. He finally journeyed to the property to interview eyewitnesses – including the new owner of the ranch – and uncover rare, previously unreleased recordings. Internationally-known singer Robbie Williams, with a lifelong interest in paranormal phenomena, is one of the few outsiders allowed to accompany the documentary team in visiting the ranch.