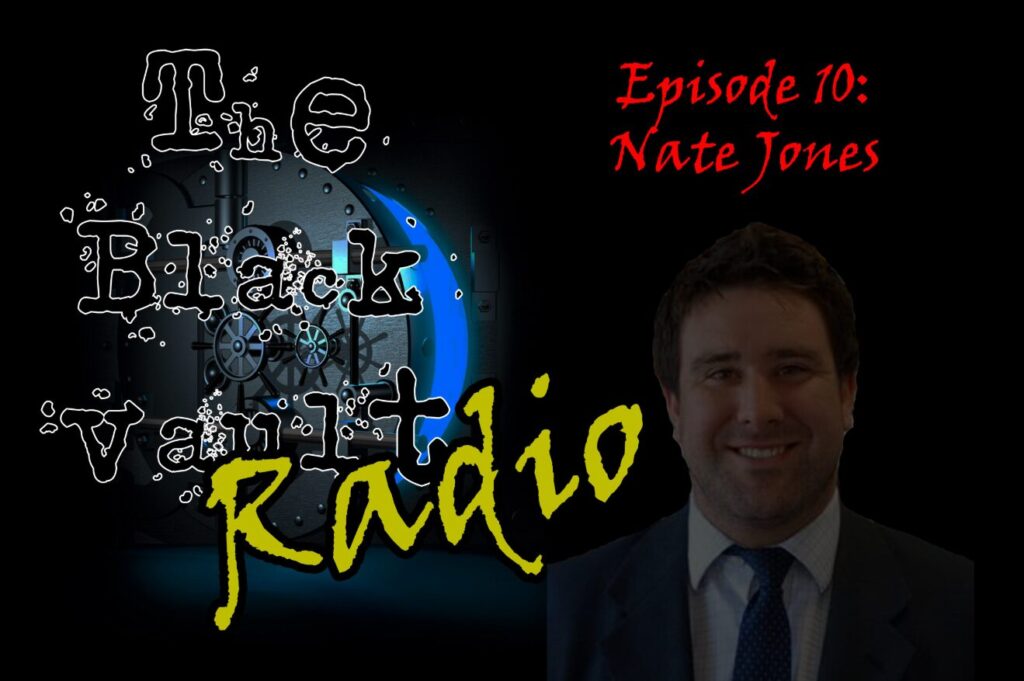 In Episode #10 (double digits!) of The Black Vault Radio, I welcome Mr. Nate Jones into the Vault.  Nate serves as the Director of the Freedom of Information Act Project for the National Security Archive at The George Washington University. Since March 2009, Nate has helped chart the Archive’s FOIA strategy, overseeing the thousands of Freedom of Information Act and Mandatory Declassification Review requests and appeals that archive staff members submit each year. He also acts as the liaison with federal agencies on FOIA matters. He has testified before Congress, is a frequent panelist at conferences, public speaker, and regular interview subject in numerous media outlets. He was an editor-at-large for Newsweek’s 99-page Special Edition, “Declassified: Exposing the Secrets,” which was published in December 2015. In addition to FOIA, Nate has become a recognized international expert on the 1983 Able Archer nuclear war scare.

Also, I explore some important news headlines and profile letter sent to me by the NSA in 2013, which literally baffles me to this day.