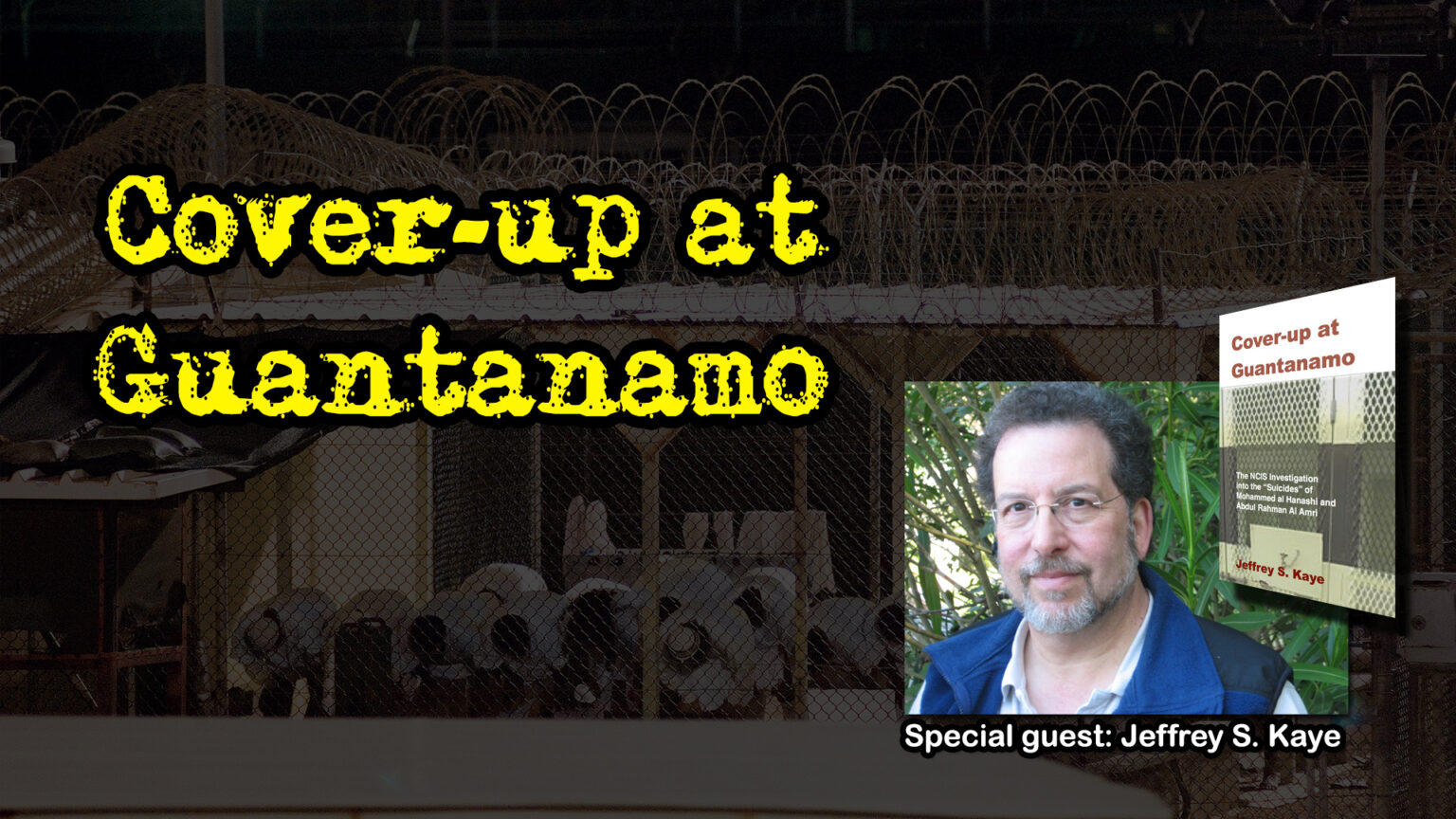 Located on the southeast corner of Cuba, about 400 miles from Miami, Florida, this base stretches across 45 square miles of land and water.

But located within this area, lies a highly secretive, and highly controversial detention camp often referred to as: Gitmo. Established by President George W. Bush in 2002, horrifying tales of torture and death have plagued its short history.

As this military prison housed some of the world’s most dangerous terrorists, at least eight of them died while incarcerated. The DOD claims at least 6 were by suicide. But were they?

My guest today is author Jeffrey Kaye. In his book Cover-up at Guantanamo, Jeffrey explores two of these mysterious deaths, detailing meticulously, declassified military documents; horrifying tales of drugs possibly used for interrogation purposes; the lack of basic human rights; and strong evidence of a massive cover-up of the truth.

Buckle up… you’re about to journey INSIDE THE BLACK VAULT.