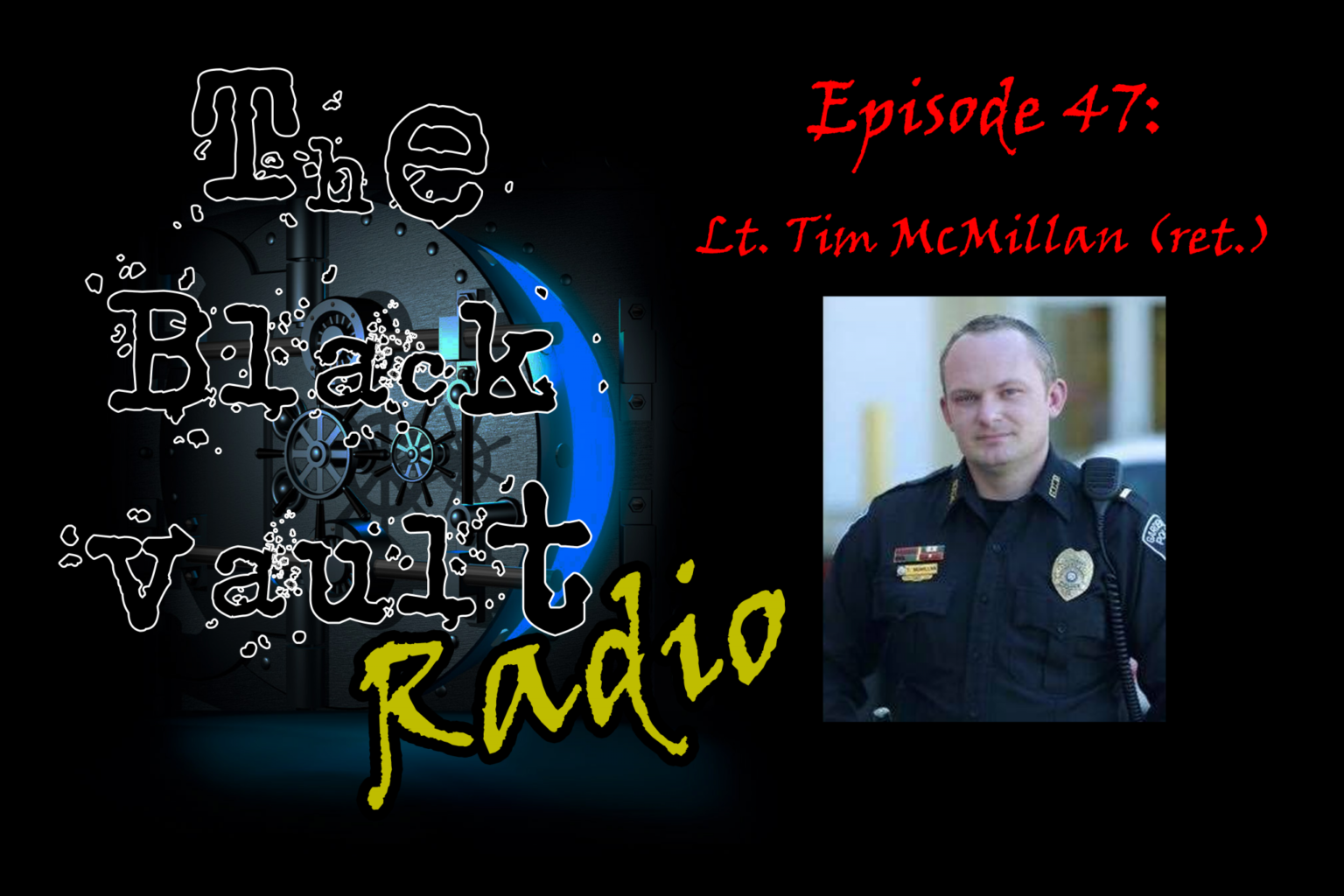 (Note: Audio is never perfect in live settings. This audio was worked on since the livestream, but you’ll notice a clear difference in quality from Tim McMillan’s microphone and my own. Doing international conversations, even over the internet, sometimes creates unexpected issues. That said, I am aware of the quality, and always strive to seek newer ways to improve it. However, I feel it’s definitely clear enough to listen to! 🙂 )

It has become one of the most intriguing encounters of modern day UFO research.

On November 14, 2004, about 100 miles off the coast of San Diego, California, the USS Nimitz Carrier Strike Group was conducting a training exercise.

Multiple U.S. Navy pilots, along with numerous Navy personnel onboard the USS Princeton, witnessed the event. And to this day – it all remains unexplained.

In 2007, a video of one of the unidentified objects was leaked onto the internet. Originally captured with an infrared camera on-board one of the F/A-18 Super Hornets involved in the incident, The Black Vault made international headlines when it was able to get the U.S. Navy to finally admit – they have no idea what that object is. They consider it something they call – unidentified aerial phenomena or a UAP.

My guest today, is retired police Lt. Tim McMillan. He works tirelessly as an investigative journalist, having written for Popular Mechanics, Vice News, The Drive’s WarZone, and others. He has dug deep into the 2004 Nimitz Encounters by speaking directly with nearly every witness that has come forward; and having just completed a popular news piece that garnered worldwide attention, he is here to share his findings about the case.

Stay tuned… you’re about to take a journey inside The Black Vault.