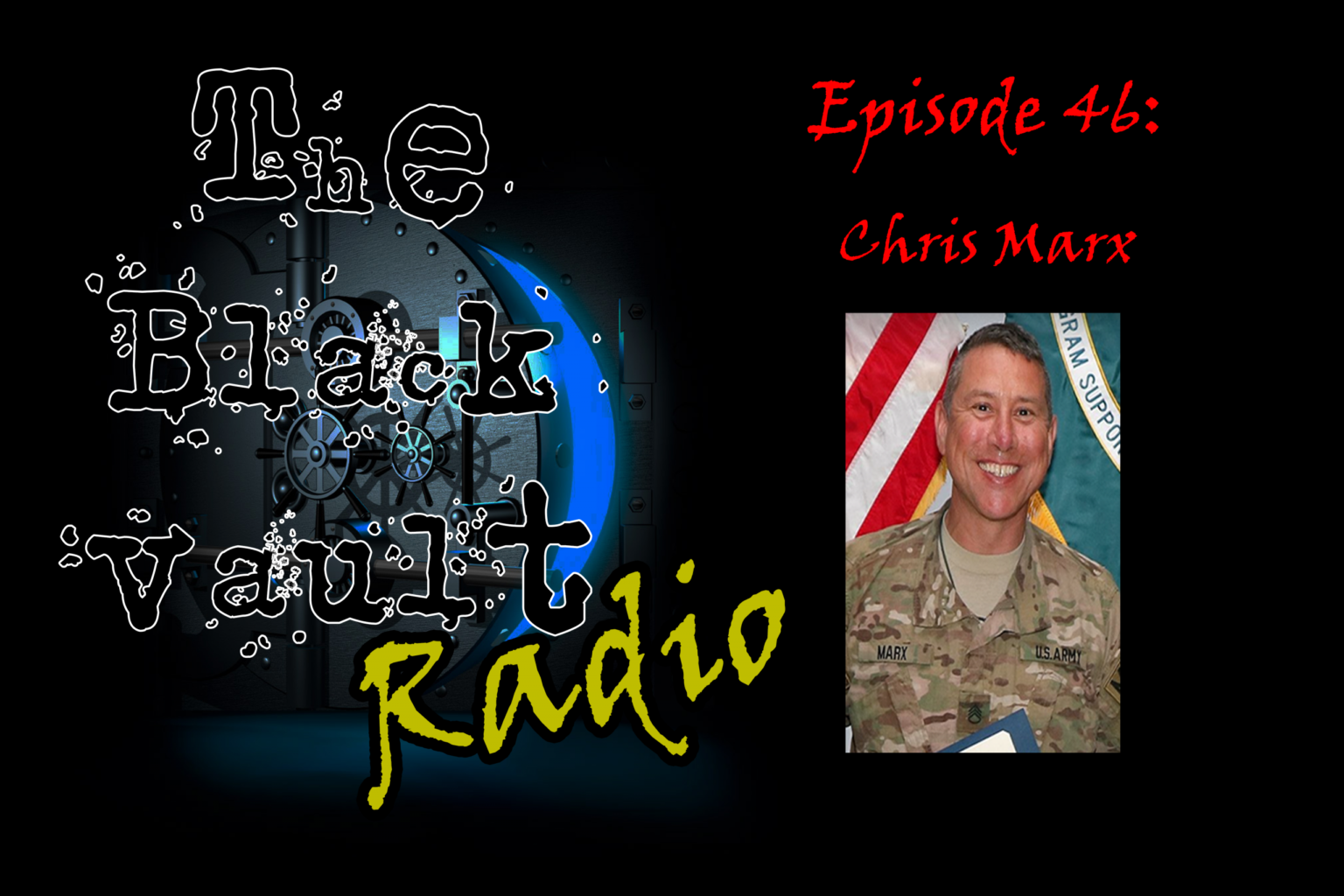 It is a mystery that stretches across about 1,000 acres of land.

It was first reported on back in June of 1996, and since then, what we now know as Skinwalker Ranch has intrigued anyone interested in the Paranormal.

Cattle mutilations, UFOs, otherworldly creatures… the ranch seems to be a paranormal buffet for all things weird and unusual.

Now, rumors circulate that even the Defense Intelligence Agency took an interest in the ranch, and some even allege that it was the epicenter for government-backed paranormal research during a program known as AAWSAP.

My guest today is Chris Marx. He is a former law enforcement officer for the state of New Mexico for more than 9 years. After his work there, he went on to join the U.S. Army and became a certified Military Police Investigator. He also had two tours of deployment in Iraq between 2007 and 2009.

When he returned state side, he went to the private sector. This is where Chris was hired by Bigelow Aerospace Advanced Space Studies, or BAASS, to work as an investigator for billionaire Robert Bigelow. Chris worked on the infamous Skinwalker Ranch, utilizing conventional as well as unconventional research techniques in the field. He left for another combat tour in Afghanistan in 2016, and upon his return, was transferred to work within Bigelow Aerospace itself, which he did until his resignation in February 2019.

His concerns that remain unanswered and unaddressed turn an already twisted tale of paranormal encounters, into an incredibly disturbing narrative, if it all turns out to be true.

Stay tuned and buckle up… you’re about to journey INSIDE THE BLACK VAULT.