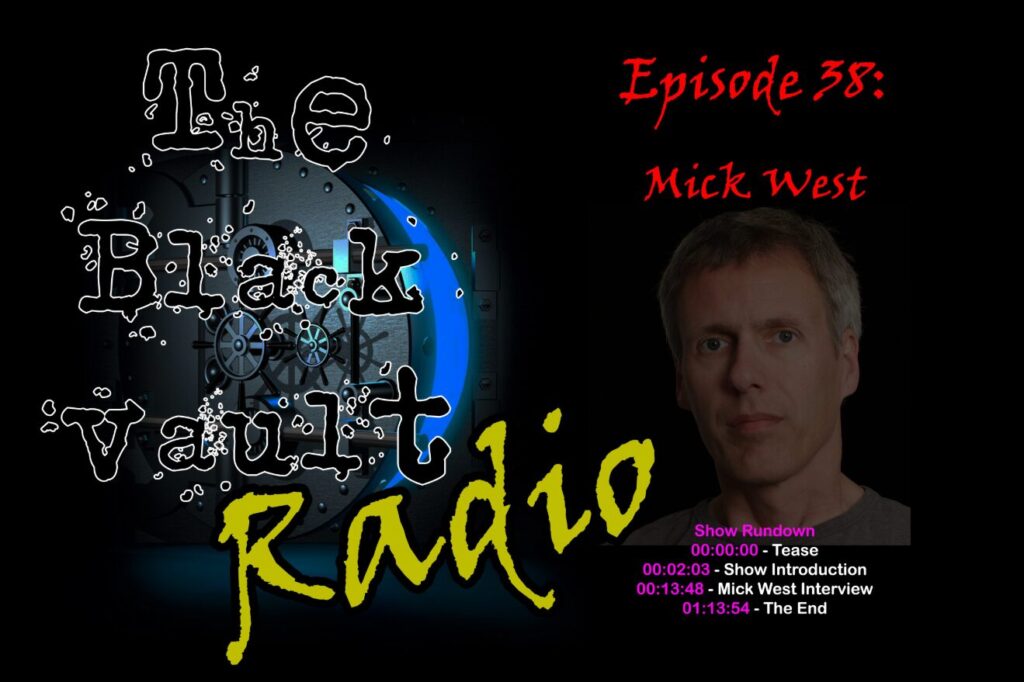 In episode #38 of The Black Vault Radio — Science writer, skeptical investigator and founder of MetaBunk.org, Mick West, steps into the Vault. Mick spends his time analyzing and critiquing claims of the Paranormal and scrutinizes the details behind popular conspiracy theories. Prepare to challenge what you may believe. Mick holds nothing back.

(Please note: There are some temporary audio quality issues during the live-stream. This was on YouTube’s side, simply because I did not hear them. It does not last long, and I opted to leave them in since you can still understand. I will be making adjustments for recording in the future, so I don’t rely on YouTube’s output. Thank you for your understanding!)