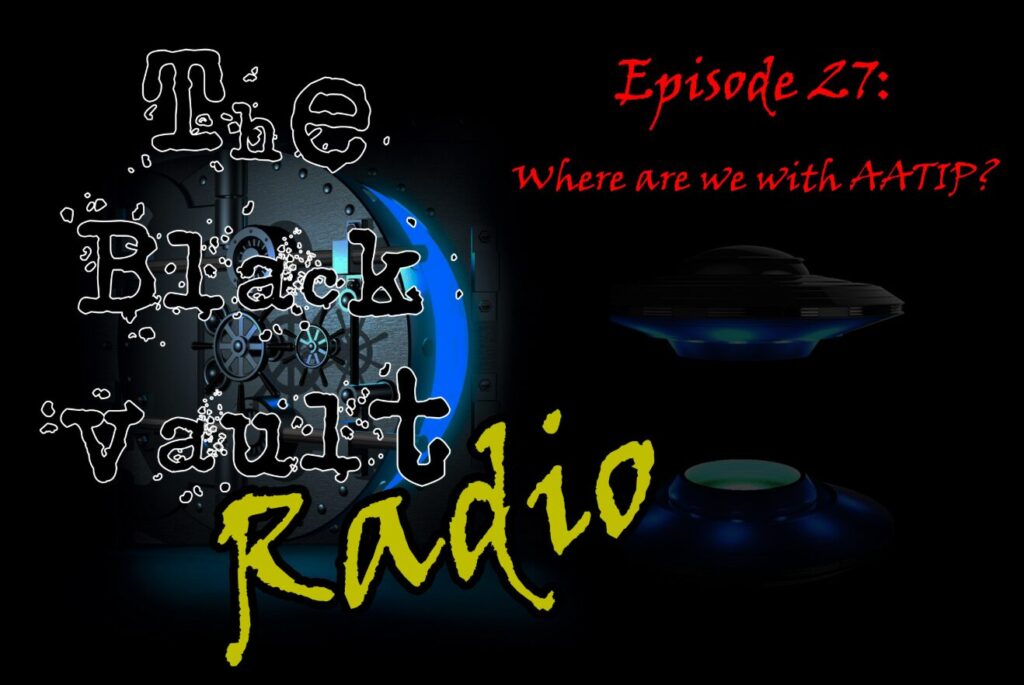 The Black Vault Radio - Hosted by John Greenewald, Jr.
Ep. #27 – Special Edition: Where are we with AATIP?

On Episode #27 of The Black Vault Radio, I tackle where we are with the Advanced Aerospace Threat Identification Program (AATIP) investigation via the Freedom of Information Act (FOIA) and official records regarding the program.

Though not popular to challenge the current going story about it being a UFO program, this episode breaks down what the FOIA has accomplished thus far, AND two major triumphs when it comes to my FOIA requests, which occurred just this week (as of the recording on this episode on March 22nd, 2019) that may have just made an important step forward when obtaining ACTUAL evidence.

I will take on some of the misconceptions and misinformation that are all floating out there.

My telling of this story is based on the hunt of official documentation and evidence. Some may be fine with just the word of a single person, but for me, this episode is about the evidence, the lack of evidence and the hunt for evidence.

– Research Archive on The Black Vault Regarding AATIP
– Department of Defense GRANTS my SECOND appeal — and deepens the mystery about Mr. Luis Elizondo and AATIP