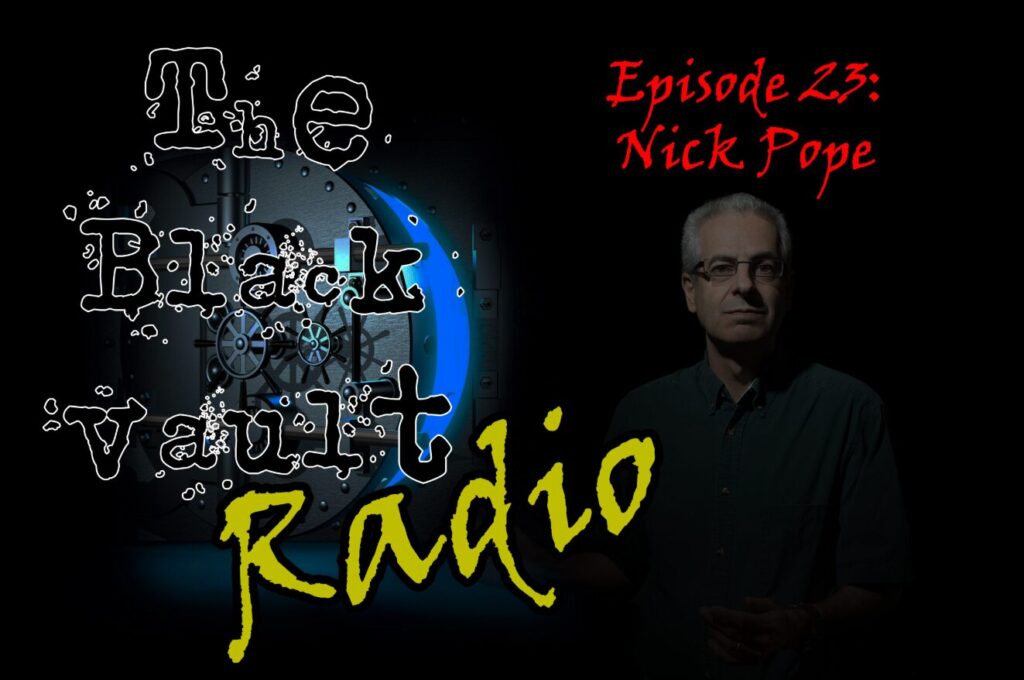 On Episode #23, Mr. Nick Pope, formerly of the UKs Ministry of Defence, steps into the Vault. Having worked within the UFO Program of England, he offers his insight into the UFO phenomenon, what it could be and what he feels about the recent revelations about a secret UFO research project within the United States.

Relevant/Referenced Research by The Black Vault