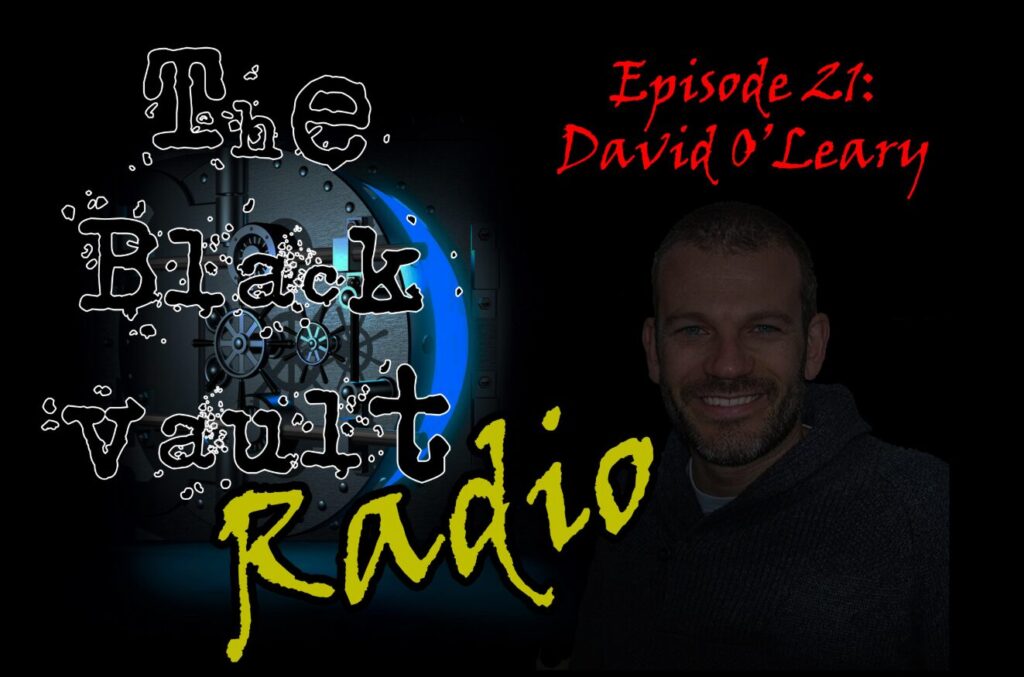 In episode #21 of The Black Vault Radio, Executive Producer, writer and the creator of the new History Channel series PROJECT BLUE BOOK, Mr. David O’Leary, steps into the Vault.

Premiering on January 8, 2019, David explores this brand new series , his personal feelings on what Project Blue Book was all about, and what you can expect by tuning in…