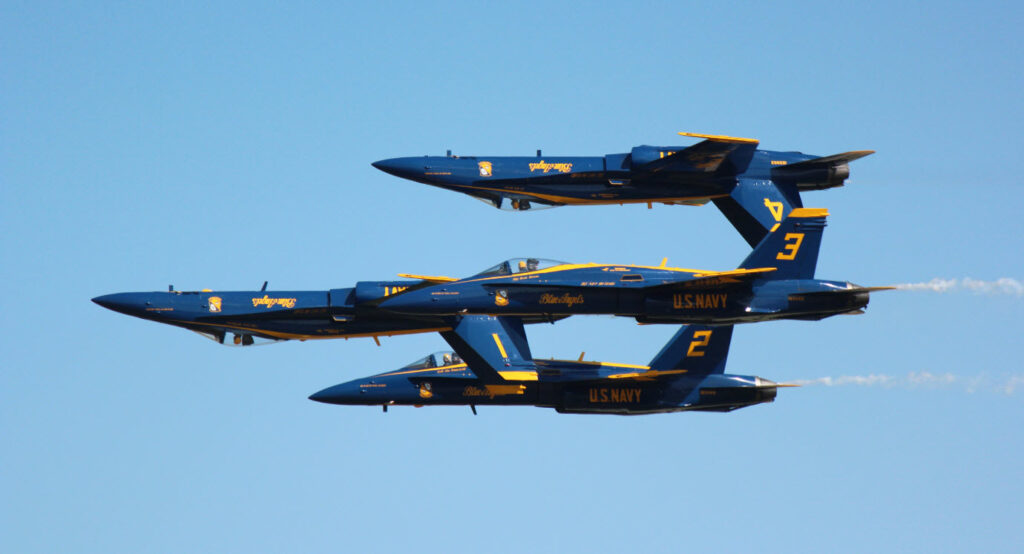 While investigating the Naval Criminal Investigative Service (NCIS) and their records on UFOs and the paranormal, I came across one report which referenced “Paranormal” activity around flights of the Blue Angels.

What I could deduce from the report, is that the eyewitness to the anomalies, confronted a Blue Angel Lieutenant regarding what she saw at a fast food restaurant.

After the officer excused himself and the rest of the crew, the same pilot was confronted the next day at the air show – this time on the tarmac after a flight demonstration.

The witness explained again, that there was activity seen around the Blue Angels.

Weeks later, the Lieutenant was sent information by this person, in the form of a letter, with multiple newspaper articles attached. In her letter, she referenced the bombing of the USS Cole and the Twin Towers, which was additional cause for alarm.

The documents are below. It appears that after this report was filed, there was no follow up, and it was used for informational purposes only.