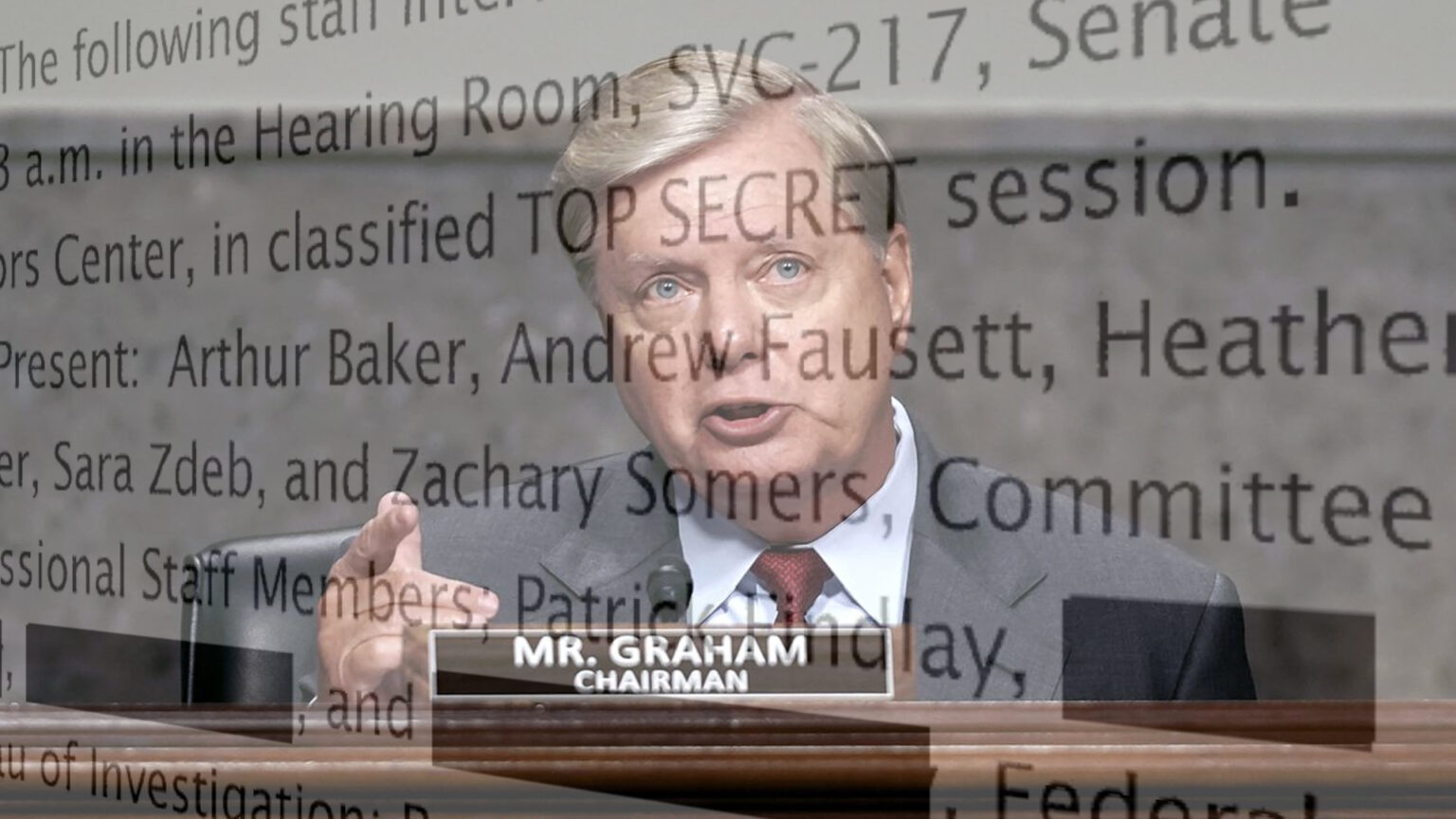 The following transcripts were released on January 15, 2021, by the Senate Judiciary Committee. They were not released entirely searchable, so The Black Vault has processed them all to have a searchable format.

The Judiciary Committee also released a press release regarding them, which reads as the following:

The Senate Judiciary Committee, chaired by U.S. Senator Lindsey Graham (R-South Carolina), today released transcripts of interviews conducted during its inquiry into the origins and aftermath of the Crossfire Hurricane Investigation.

“I consider the Crossfire Hurricane investigation a massive system failure by senior leadership, but not representative of the dedicated, hardworking patriots who protect our nation every day at Federal Bureau of Investigation and the Department of Justice.

“As chairman of the Senate Judiciary Committee, I have decided to release all transcripts of depositions involving the committee’s oversight of the Crossfire Hurricane investigation. We have released as much material as possible, but some classified material has still been withheld.

“I appreciate all those who participated in the depositions and their candor. They have charted a path to allow us to reform the system.

“I believe that Crossfire Hurricane was one of the most incompetent and corrupt investigations in the history of the FBI and DOJ.

“The FISA court was lied to. Exculpatory information was withheld on those being investigated. The investigators, with some notable exceptions, were incredibly biased and used the powers of law enforcement for political purposes. The subjects of the investigation had their lives turned upside down. It is my hope that counterintelligence investigations will be reined in and this never happens again in America.

“The leadership of the FBI under Comey and McCabe was either grossly incompetent or they knowingly allowed tremendous misdeeds. There was a blind eye turned toward any explanation other than the Trump campaign was colluding with foreign powers. At every turn the FBI and DOJ ran stop signs that were in abundance regarding exculpatory information.

“The FISA warrant applications against Carter Page were a travesty, and those who signed them have acknowledged that if they knew then what they know now, they would not have signed it.

“It is hard to believe that the senior officials at the FBI did not know that the Steele Dossier had been disavowed by the Russian subsource. It is equally hard to believe that the warnings from the CIA and other agencies about the reliability of Christopher Steele and the dossier were not known to senior leadership. It is my hope that the Durham report will hold those accountable for the travesty called Crossfire Hurricane.

“There was no ‘there’ there. The investigation was pushed when it should have been stopped and the only logical explanation is that the investigators wanted an outcome because of their bias.

“Former FBI Director Comey and his deputy Mr. McCabe, through their incompetence and bias, have done a great disservice to the FBI and DOJ, and the senior DOJ leadership who signed off on the work product called the Crossfire Hurricane investigation have created a stain on the department’s reputation that can only be erased by true reform.

“I hope that the media will look closely at what happened and examine these documents, but I am not holding my breath.

“I appreciate the hard work of Inspector General Horowitz who uncovered the massive abuses of Crossfire Hurricane. His team should be proud of the work they did, as it will be used over time to reform the DOJ and FBI.

“I’m proud of the Judiciary staff and the work product produced by the Senate Judiciary Committee. I am disappointed that Democrats did not take it more seriously, but I do believe what the committee did will pave the way for much-needed reforms regarding future investigations.

“I will be pursuing reforms of counterintelligence investigations and warrant applications, and hope that my Democratic and Republican colleagues can find common ground on these matters. I also hope and expect that FBI Director Wray will continue the reforms he has started. It is hard to believe that something like Crossfire Hurricane could have happened in America.

“The bottom line is that going forward we must have more checks and balances when it comes to political investigations. We must have more meaningful sign-offs on warrant applications, and we need to restore the trust to the American people in this system.”