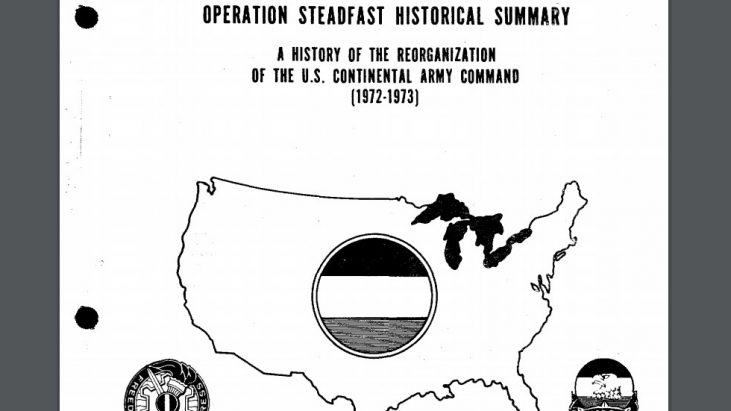 The vast expansion of the nation’s armed forces just prior to and during World War II led to the establishment in 1940 of command and control organization for the U.S. Army which had been envisioned much earlier by military planners. Indeed, the concept actually had been enacted into law in the National Defense Act of 1920. General Headquarters (GHQ), U.S, Army, which was established in 1940, was soon troubled by conflicts between its training, responsibilities and the command and control of the ground combat troops and their supporting forces.

These functions, however, were separated in 1942 when a general reorganization of the War Department retained command and control of the ground combat troops at the departmental level, while assigning responsibility for training to the troops to the newly established Army Ground forces (AGF).

With the cessation of hostilities in 1945, the recommendations of both the Patch and Simpson Boards resulted in combining these functions once again in the Army Ground Forces structure.

This attempt at combining the functions as short-lived, at best, since a general reorganization of the redesignated Department of the Army in 1948 established the office of the chief of Army Field Forces (OCAFF) as the training arm of the Army. OCAFF was, in reality, a staff agency of the Department of the Army and was not a legitimate separate command.