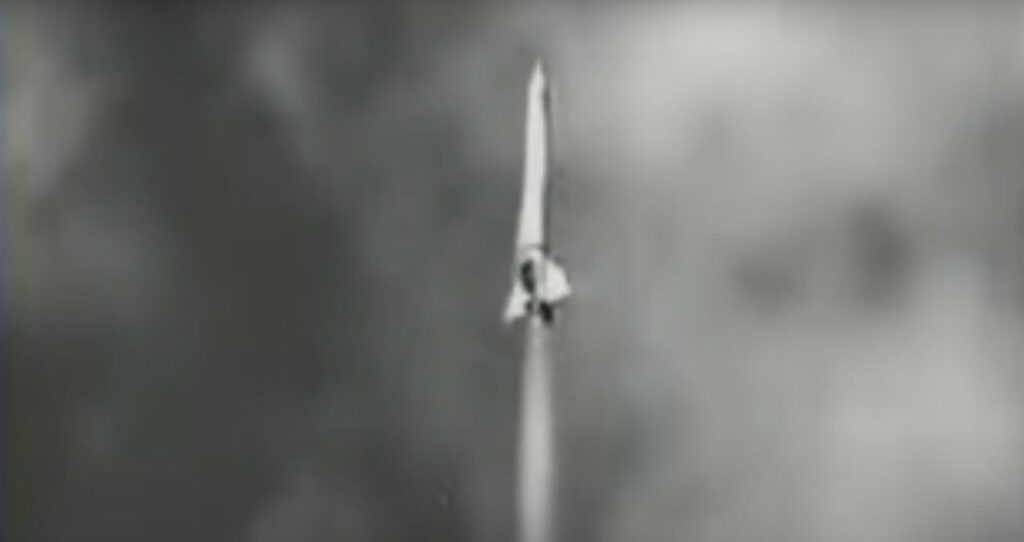 In late summer of 1958, the United States Navy Task Force 88 (TF 88) conducted one of the U.S.’s most expeditiously planned and executed nuclear tests operations, codenamed ARGUS, when it conducted three high-altitude nuclear tests in the south Atlantic Ocean. Operation Argus was unique among U.S. atmospheric nuclear test operations in that its main objective was neither for diagnostic tests of a weapons design nor for effects tests for military systems. Instead Operation Argus was conducted to establish a proof of theory that a very high-altitude nuclear detonation could produce phenomena of potentially significant military importance by interfering with communications and weapons performance. When the Eisenhower Administration subsequently released the occurrence of these tests to the public in the spring of 1959, it was hailed as the “greatest scientific experiment ever conducted.”

The Argus nuclear tests grew out an idea conceived of by Lawrence Livermore physicist Nicholas Christofilos. In late 1957 and early 1958, Christofilos examined the possibility that a nuclear detonation at an extremely high altitude would create an artificial radiation belt in the upper regions of the Earth’s atmosphere. Naturally occurring belts of electrically charged particles above the Earth had just been discovered by Explorer I, the first satellite launched by the United States in early 1958. These particles, named the Van Allen belts, in honor of the man who directed the experiment that discovered them, consist of high-energy electrons and protons ejected from great solar flares that are trapped in the Earth’s geomagnetic field.

Livermore’s Christofilos theorized that a nuclear detonation several hundred miles above the Earth could produce a shell of trapped radiation in the upper atmosphere, orientated along the Earth’s magnetic field, like the Van Allen belts. The theory was of extreme interest to the United States government, particularly the Department of Defense, for the possible effects that an artificially created radiation belt might have on its defense systems, including degradation of radio and radar transmission and damage or destruction to ICBM warheads entering the belt.

Soon after Christofilos published his findings, the President’s Science Advisory Committee convened a working group at the Livermore Laboratory to discuss the military implications. With the looming possibility of an atmospheric nuclear test moratorium that Fall, the group recommended that a test of the theory be conducted as soon as possible. As such, in April 1958, the decision was made to proceed with Operation Argus as a major national undertaking, under the direction of former Livermore Director Herb York, then chief scientist for the new Advanced Research Projects Agency of the DOD.

On Aug. 27, 1958, just five months from inception to execution, Navy Task Force 88, consisting of nine ships and approximately 4,500 crew, launched the first Argus shot (Argus I) via missile from the USS Norton Sound. Over the span of 11 days, two more nuclear tests, Argus II (August 30) and Argus III (September 6) were launched from the Norton Sound.

In order to first monitor and assess natural background radiation, and then monitor the effects of the Argus test series, the Explorer IV satellite was launched on July 26, 1958. On Aug. 10, Explorer V was also launched, but it failed to achieve orbit. The failure, however, did not affect the mission, as Explorer IV continued to function and supply adequate data during each phase of the operation. In addition, sounding rockets were fired to backup and supplement the satellite data.

More than 40 ground stations throughout the world tracked and/or monitored telemetry of Explorer IV. The combined data from Explorer IV, the sounding rockets, and from surface stations all confirmed the presence of the effects predicted by Nicholas Christofilos – that the detonation of a nuclear device at a sufficiently high altitude could indeed produce a shell of electrons surrounding the Earth and that the radiation could degrade the reception and transmission of radar signals. The readings on the trapped electrons made possible the plotting out by actual measurement what had been only conjecture – the form and shape of the shell. Within this shell, the trapped electrons traveled vast distances and followed the magnetic field pattern in spiral motions out to altitudes of more than 4, 000 miles.