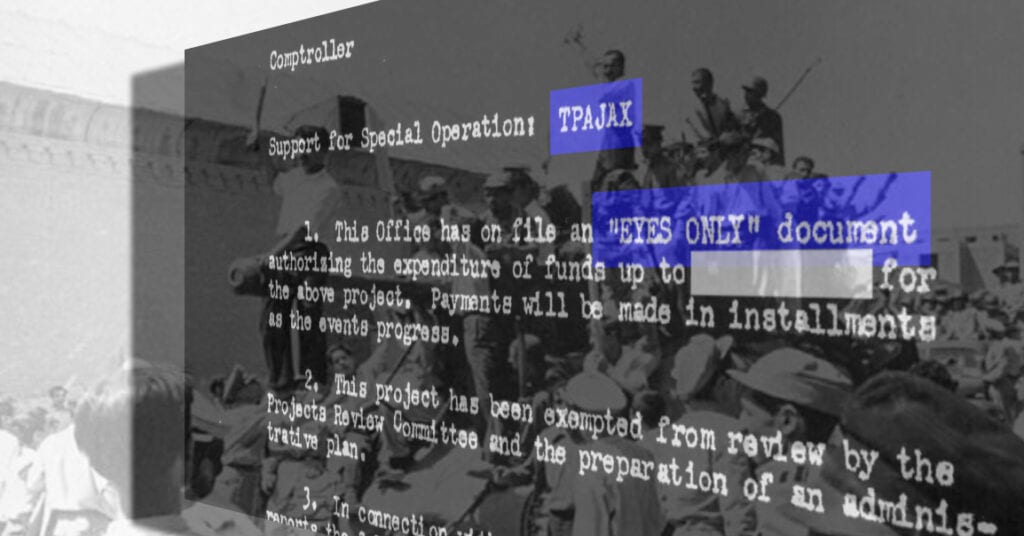 The 1953 Iranian coup d’état, known in Iran as the 28 Mordad coup d’état was the overthrow of the democratically elected Prime Minister Mohammad Mosaddegh in favour of strengthening the monarchical rule of the Shah, Mohammad Reza Pahlavi on 19 August 1953. It was orchestrated by the United States (under the name TPAJAX Project or “Operation Ajax”) and the United Kingdom (under the name “Operation Boot”). The clergy also played a considerable role.

Below, you will find the CIA FOIA records released on the topic.