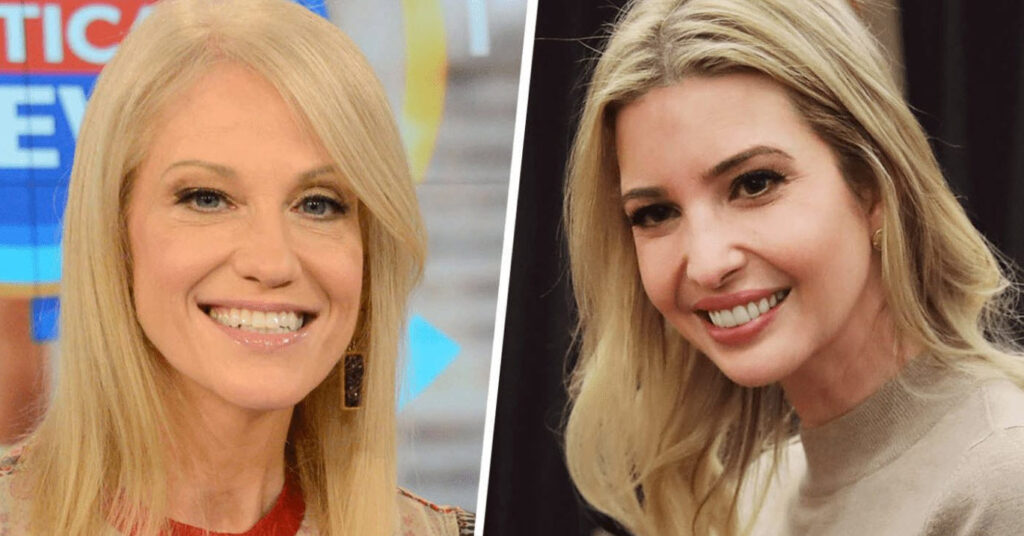 On February 9, 2017, during an appearance on Fox & Friends, Kellyanne Conway discussed department store Nordstrom’s decision to drop products supplied by Ivanka Trump’s business. “Go buy Ivanka’s stuff is what I would tell you”, declared Conway; she elaborated “It’s a wonderful line. I own some of it. I’m going to give a free commercial here: Go buy it today, everybody. You can find it online”.

Within hours, two organizations filed formal ethics complaints against Conway for violating federal law prohibiting use of a federal position “for the endorsement of any product, service or enterprise”. Public Citizen asked the Office of Governmental Ethics (OGE) to investigate, saying that Conway’s remarks reflected “an on-going careless regard of the conflicts of interest laws and regulations of some members of the Trump family and Trump Administration”. The group’s president, Robert Weissman, declared that “Since she said it was an advertisement, that both eliminates any question about whether outsiders are unfairly reading into what’s being said, and two, it makes clear that wasn’t an inadvertent remark”. Citizens for Responsibility and Ethics in Washington filed a similar complaint with the OGE and with the White House Counsel’s Office; the group’s executive director, Noah Bookbinder, stated “This seems to us to be about as clear-cut a violation as you can find”.

I filed a Freedom of Information Act (FOIA) request to the OGE, for all emails to/from OGE Directory Walter M. Shaub, and OGE Spokesperson Seth Jaffe, that come up after searching for “KELLYANNE” or “CONWAY”.

Although still being processed as of March of 2017, I did receive notification that some documents were released, which I have added here. I will update this page as more records are released.