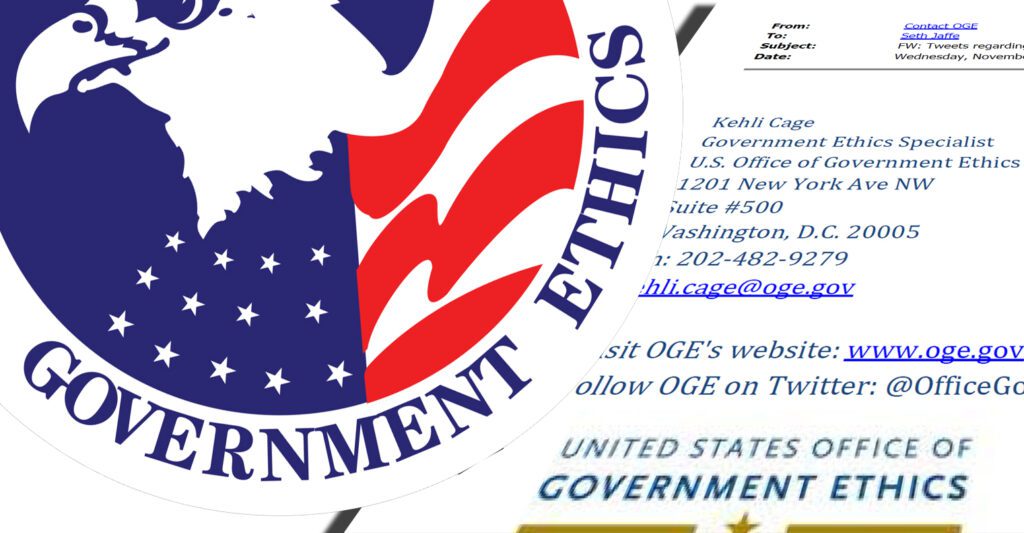 While at OGE, Seth Jaffe worked on a detail for a year as an Ethics Advisor in the White House Counsel’s Office. Seth joined OGE after practicing civil rights and constitutional law. After graduating cum laude from Duke University School of law, Seth began his career working as a litigation associate for Curtis MalletPrevost Colt & Mosle, a large New York City law firm. Immediately prior to joining the Office of Government Ethics, Seth served as Acting Deputy General Counsel and Director of EEO Programs at the U.S. Commission on Civil Rights. In addition, Seth worked as the Managing Attorney for the ACLU of North Carolina where he represented clients in both state and federal court.

Those requests, and the responsive records, are below.