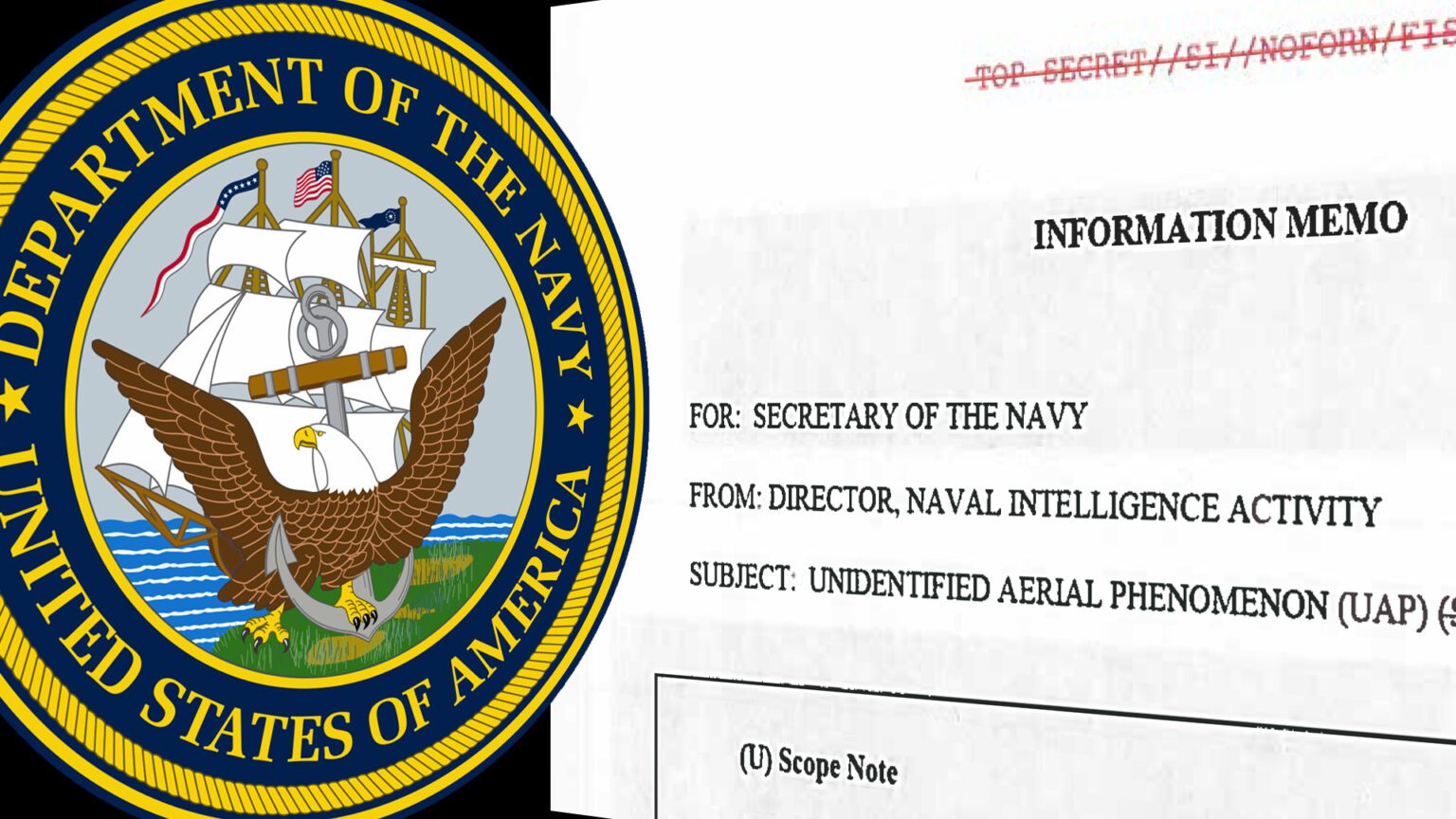 Last week, the U.S. Navy released under the Freedom of Information Act (FOIA) a June 16, 2020, “Information Memo” on “Unidentified Aerial Phenomenon (UAP)” that was originally written for the Secretary of the Navy. The problem with the ‘release’ of the 16 pages is that almost nothing was actually released. It is nearly entirely redacted.

The FOIA request was originally filed by Alex Garcia, a Los Angeles based self described “Disclosure Activist and Advocate” who also serves as the Media Manager for UAPx. In the release sent to him by the U.S. Navy, they primarily cited exemption (b)(1), which translates to “national security” related information, for redacting nearly the entire release.

The Navy also cited (b)(5), which also according to the Navy, was due to the fact the document contained “deliberative process privileged material, is predecisional in nature, and contains working versions of documents.”

Garcia is appealing the decision, and will keep The Black Vault informed of further releases, if any.

Although nothing is gleaned about UAP from the document itself, it serves as yet another example of the extreme nature of secrecy that surrounds the UAP issue. As some argue that the world is seeing a new era of transparency coming from the American government, releases like this prove that the discussion has a long way to go before it can truly say it is seeing “transparency.”