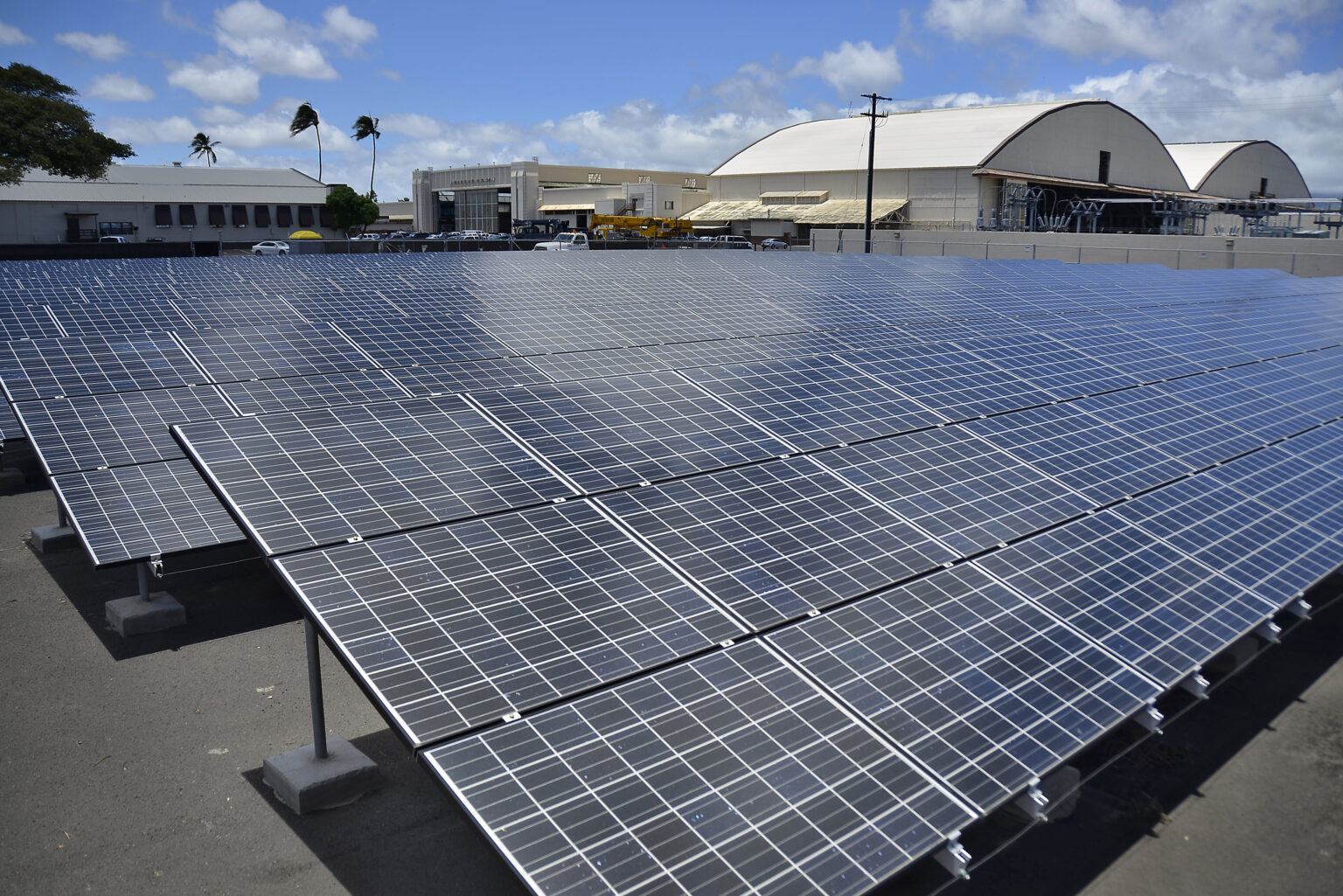 120719-N-RI884-240 JOINT BASE PEARL HARBOR-HICKAM, Hawaii (July 19, 2012) Solar panels form part of the Renewable Hydrogen Fueling and Production Station on Joint Base Pearl Harbor-Hickam. It is the only hydrogen station in Hawaii and about 30 hydrogen-powered vehicles use the JBPHH station. (U.S. Navy Photograph by Mass Communication Specialist 2nd Class Daniel Barker/Released)
Controversies

Navy Goes Green In Hawaii – But Is It Worth It?

Pacific Energy Solutions, based out of Boca Raton, Florida, will design, construct, own, operate and maintain various solar photovoltaic (PV) power generation systems that will provide renewable electricity to Navy and Marine Corps bases on Oahu, Hawaii. The total amount of power generated is anticipated to be about 17 megawatts of alternating current that will be shared between the Navy and Marine Corps.

“This is a large project with 10 roof top photovoltaic systems and four ground-based or elevated systems, built on three different bases,” said Secretary of the Navy Ray Mabus. “In the first year alone we expect that these systems will save the taxpayers $1.6 million. That’s the equivalent of the electricity that can be generated from 54,000 barrels of oil here in Hawaii. It’s the amount of electricity needed to power more than 5,000 average homes here. And that’s just in the first year. This program will be generating those savings for decades. The work we are doing here will serve as a model for other projects around the world.”

I quickly filed a FOIA request for all records pertaining to the determination of how this array would save money, the research that was done to see if it would be effective, etc.