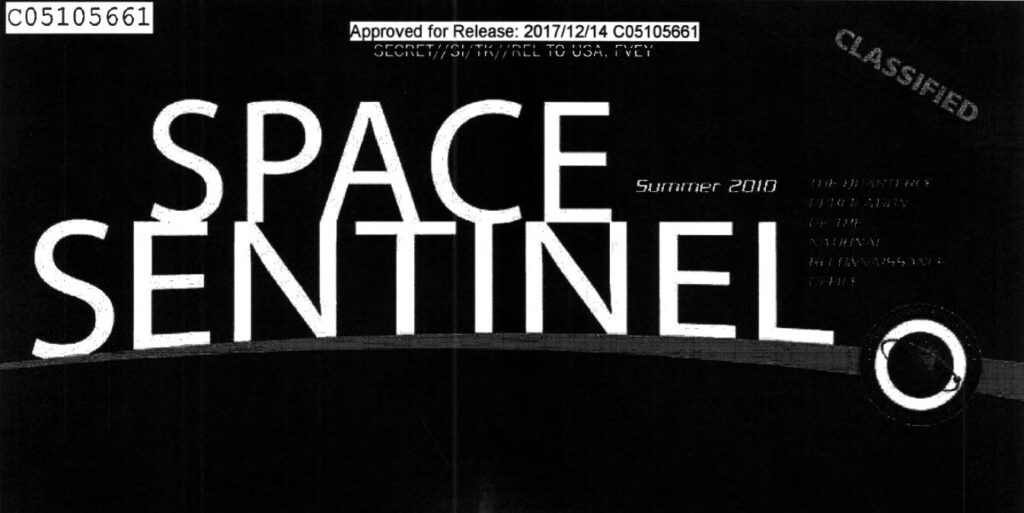 The NRO is the U.S. Government agency in charge of designing, building, launching, and maintaining America’s intelligence satellites.

Internally, they published the The Space Sentinel newsletter, most of which is not available to the public.  The Space Sentinel was published quarterly by the NRO Office of Strategic Communications. As the official magazine of the National Reconnaissance Office, it is a medium of information and education for NRO personnel, mission partners, intelligence users, and Congressional oversight committees.

Below, you will find the issues that have been released under the FOIA.

Summer 2010 Issue – [38 Pages, 5.4MB] – In September of 2017, I requested the “latest issue” of The Space Sentinel magazine.  In response to this, I was given the Summer of 2010 issue. I believe this indicates this was the last issue published, and replaced with something else.