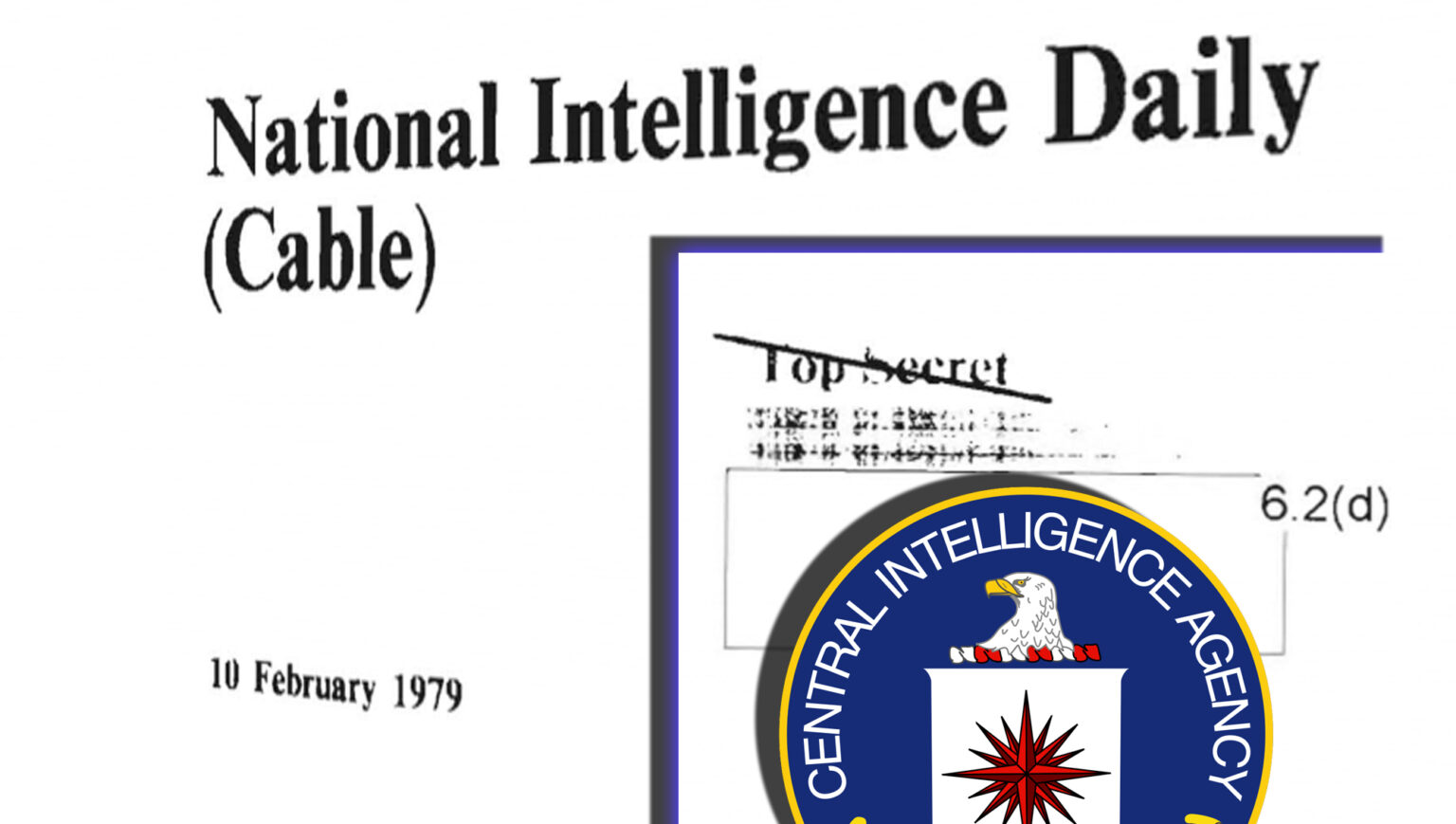 This National Intelligence Daily was issued on February 10, 1980.  Originally, it was released in 2004 with heavy redactions.

In April of 2020, I requested a Mandatory Declassification Review (MDR), and in July of 2020 – the CIA released the below version with less redactions.

National Intelligence Daily — February 10, 1980 [24 Pages, 8MB] – MDR Release to The Black Vault in 2020. All NEWLY RELEASED information is highlighted in yellow. Interesting to note that the original release misrepresented how many pages were withheld in full.